Fritz Pollard Alliance responds to Gruden comments: ‘When will it end?’

The leader of the Fritz Pollard Alliance, a watchdog group that champions diversity in the NFL, says Jon Gruden‘s 2011 remark about players’ union leader DeMaurice Smith is indicative of the racism at many levels of professional sports. 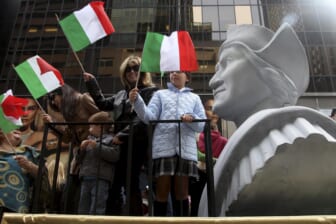 A Wall Street Journal story noted that Gruden, then working for ESPN and now coach of the Las Vegas Raiders, referred in a racist way to Smith’s facial features in an email.

“The insensitive remarks made by Jon Gruden about DeMaurice Smith are indicative of the racism that exist on many levels of professional sports,” Graves, the Alliance’s executive director, said in a statement. “Furthermore, it reveals that the journey for African Americans and other minorities in sports, is riddled with irrepressible mindsets at the highest level.

“It is our hope that the league and team ownership will address this matter with a remedy commensurate with these painful words. This is yet another inflection point in a society fraught with cynical social blinders, absent of respect for the intellectual capacity and leadership of minorities. When will it end?”

The league is looking into the matter and a person familiar with that probe told The Associated Press that disciplinary action is possible for Gruden. The person spoke on condition of anonymity because details of any league probe are not made public.

The Alliance promotes inclusion and advancement for minorities in pro football, from coaches to front office and league executive positions.

Raiders owner Mark Davis said Friday in a statement that Gruden’s email does not reflect the team’s standards. 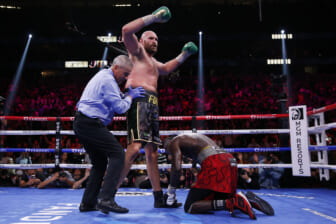 During a review of emails regarding workplace misconduct at the Washington Football Team that was completed during the summer, “the league was informed of the existence of emails that raised issues beyond the scope of that investigation,” NFL spokesman Brian McCarthy said Friday. He added that “the email from Jon Gruden denigrating DeMaurice Smith is appalling, abhorrent and wholly contrary to the NFL’s values. We condemn the statement and regret any harm that its publication may inflict on Mr. Smith or anyone else.”