Lilyan Huckaby, a white Coosa High School student, said she was "yelling and loud," in meeting with administrators, yet "they didn't suspend me."

A group of Black students in Rome, Georgia, are alleging racial discrimination after several of them were suspended for planning a protest while their white counterparts were allowed to wave a Confederate flag on campus with no consequences.

Four white students at Coosa High School waved a Confederate flag and reportedly hurled racial slurs during a “farm day”-themed school spirit week leading up to homecoming. The white students faced no repercussions and their Black counterparts planned a protest to bring awareness to the situation. However, before the protest even happened, several Black students were suspended.

Lilyan Huckaby, a white Coosa High student, said she was “yelling and loud” during the meeting with administrators, yet “they didn’t suspend me.”

“All the African Americans, they suspended them, and they didn’t suspend them,” Huckaby told CBS 46 reporter Hayley Mason, motioning toward other protesting white and Hispanic students.

According to Newsweek, an announcement was made over the school’s intercom and recorded, saying, “The administration is aware of tomorrow’s planned protest. Police will be present here at school, and if students insist on encouraging this kind of activity they will be disciplined for encouraging unrest.”

Dozens of Coosa High kids ignored those warnings and had their say.

“I feel the Confederate flag should not be flown at all. It is a racist symbol, and it makes me feel disrespected,” student protest organizer Jaylynn Murray told CBS 46. 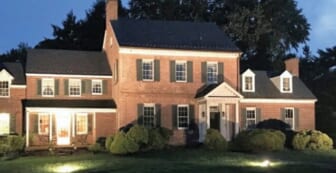 Another student, Deziya Fain, said, “I felt really disrespected how the school didn’t do anything about it, and when we are not allowed to wear BLM (Black Lives Matter) stuff, and they are allowed to carry a racist flag around.”

Many parents supported the Oct. 8 protests, which continued outside of the school. They brought food, water and ice, and helped to monitor the protests.

Additionally, some parents of the Black students were notified about their child’s suspensions by sheriff’s deputies who came to their home. One parent said a deputy pulled her over while she was driving to tell her that her daughter had been suspended.

The suspensions are two weeks long, starting Friday, Oct. 8, and lasting through Friday, Oct. 22, and include the Coosa High homecoming, which the tabled students will not be allowed to attend.

One Black parent, Lekysha Morgan, said she has repeatedly complained about the “emotional distress” her three suspended children have endured after being called racial slurs at the school. She noted that Coosa administrators always claim to be looking into the matter, yet take no action. 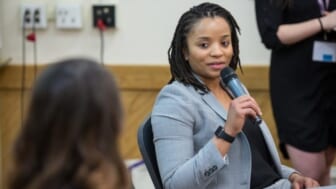 The Rome-Floyd County NAACP sent a letter to the school six months ago, asking its officials to address issues of racially motivated harassment. They plan to meet with parents regarding the most recent incident.

“We want to hear the concerns of the parents,” branch president Sara Dahlice Malone told Newsweek. “We’ve received so many telephone calls, we need to hear it from them. Then we’ll follow up on those complaints.”