Mel Groves, 25, was shot in his upper body numerous times

The life of a Black trans man was taken on Monday morning after a deadly shooting in Mississippi, according to local police.

Mel Groves, 25, collapsed upon arrival at the Merit Health Hospital after driving himself there. He made his way to the hospital after being shot several times in his upper body by an unknown assailant. Groves was being transported to the University of Mississippi Medical Center for emergency surgery when he reportedly died on the operating table.

“Right now we’re in the process of trying to identify if the crime even occurred in Jackson,” said Jackson Police Department Deputy Chief Deric Hearn. The police are currently investigating Groves’ death as a homicide and are looking for suspects and the location of the shooting.

Groves was a plant-soil scientist and student at Alcorn State University who was involved with The Knights & Orchids Society (TKO), a local grassroots organization that supports LGBT rights and fights for gender justice in the South.

“The motive is unknown, but we know the violence that happens to trans people in our communities,” said the organization in a post on Facebook. They even added that Groves said he feared for his life as a trans person in Jackson.

According to TKO, local news organizations and the police have misgendered Groves and used the name he was given at birth, which has been changed as a part of his transition. 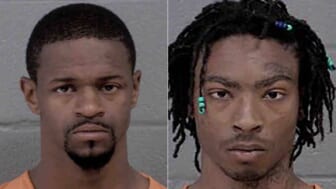 Also Read:
2 men charged with the murder of 2 transgender women

Groves is the 39th transgender or gender-nonconforming person to suffer a violent death at the hands of another person in 2021, according to the nation’s largest pro-LGBTQ advocacy group, the Human Rights Campaign (HRC).

Last year, the organization tracked 44 deaths, making 2020 the most violent year since HRC began tracking the deaths in 2013. Over the past few years, the majority of the victims have been Black or Latinx, making them the most vulnerable population.

According to the Transgender Homicide Tracker, 74% of all homicides of transgender Americans were committed with a gun. However, there have been no widespread laws passed to combat anti-trans violence despite the work and advocacy by many activist groups.

“Mel Groves had an incredibly bright future, but it was stolen from him well before his time,” said HRC Director of Community Engagement for the Transgender Justice Initiative Tori Cooper.

“The loss of such a life is a tragedy for our community and for the world. We must work to create a society where trans people, especially Black trans people, no longer have to live in fear,” she added about the young man, who is described as someone who loved agriculture and animals. 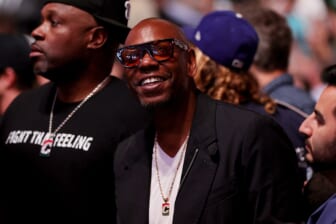 A middle school friend of Groves’, Hilliard Rasha Jones, said that Groves called him Monday morning but he missed the call.

“I’m just trying to play the timelines in my head. When I got the call, it was 4 a.m. What was he doing,” said Jones, who said he wonders what Groves needed and fears that he could have helped his friend if he’d picked up. “Was he calling for help? Maybe he was calling to say goodbye. All those things are going through my head. I know he would want me to go on.”

HRC has promised to combat stigma against transgender and non-binary people, in part by partnering with WarnerMedia to spotlight and share stories to lift up trans voices and stories.

The organization also demands that local, state and federal lawmakers take legislative action to end the violence and protect transgender and non-binary people.