Montana State University celebrated the grand opening of its American Indian Hall over the weekend, saying it will serve as a bridge between Native American culture and all other cultures on campus.

The event Saturday began with a procession from the current American Indian Center — just over 1,000 square feet (93 square meters) in the basement of Wilson Hall — to the new $20 million, 31,000-square-foot (2,880 square meter) building.

The procession was led by a Native American honor guard followed by flag bearers with the state flag and flags from Montana’s tribal nations, along with tribal dancers. 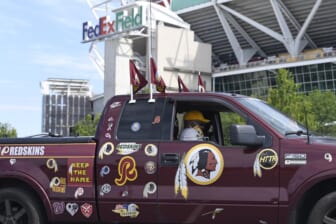 The building will house the university’s Department of Native American Studies and a working space for the Senior Diversity and Inclusion officer. Classes will start there in January.

It also has a kitchen, a drum room and rooms for tutoring, counseling, advising and cultural ceremonies. Native American art is displayed, and there are furnishings crafted from trees removed from the site where the building now stands.

The building is surrounded by gardens with indigenous plants that were planted by MSU Native American students and staff and is heated and cooled by 24 geothermal wells.

“This is about the commitment that Montana State University has made and shown to Native studies and Native students,” he said. “You’ve really put your money where your mouth is, and I commend it.”

Major fundraising for the project kicked off in 2018 with a $12 million commitment from the Kendeda Fund. The Associated Students of Montana State University pledged $2 million, while Jim and Chris Scott of Billings and the Terry and Patt Payne Family of Missoula each gave $1 million.

Montana State has 811 students who are Native American or Alaska Native.