EXCLUSIVE: Merritt tells theGrio's April Ryan that "we want to make sure that African Americans are not being struck from the jury pool by basis of race alone."

Ahmaud Arbery, the young Black man slain in South Georgia after taking a peek at a home renovation site during his usual run through his neighborhood, will get his day in court starting this week. His story was among those that struck a chord with Black America and the nation at large during the pandemic in 2020.

Lee Merritt, attorney for the Arbery family, explained to theGrio how significant the jury selection process, which begins on Monday, will be and how the undeniable role race will play in forming the 12-person panel that will ultimately decide if the McMichaels will be held accountable for allegedly hunting down and killing the 25-year-old. 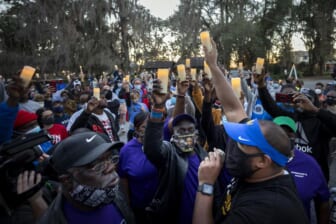 “This is a highly publicized trial that very few people can legitimately say they never heard of. Luckily, that does not mean that they cannot be a part of the jury,” Merritt told theGrio. “The concern is whether or not they’ve developed an opinion about the case.”

Merritt believes race is transcendently tied to all aspects of the case including the jury selection process. While the defense may attempt to suggest Black people who are under consideration to join the jury are biased by the racial nature of the crime, Merritt urges Black people to understand that they are not swayed one way or another just because of their identity.

“We often believe by virtue of our skin color alone, that we have a dog in the fight,” Merritt added. “Obviously, we want diversity on the jury. In cases like this, of violence, you tend to lean towards, if you’re looking for prosecution tend to lean towards women, mothers, who often put a higher value on life. And certainly, you want people of color, people who know what it’s like to be discriminated against, to be targeted by virtue of their race, or their gender, or their religious background.”

In April, the Justice Department announced a federal grand jury in the Southern District of Georgia added hate crimes and the attempted kidnapping of Ahmaud Arbery to the McMichaels’ indictments. Travis McMichael, 35; Travis’s father, Gregory McMichael, 65; and William “Roddie” Bryan, 51, were each charged with one count of interference with rights and with one count of attempted kidnapping.

Both the Federal Bureau of Investigation and the Georgia Bureau of Investigation extensively probed the Arbery case, and now Assistant United States Attorney Tara Lyons of the Southern District of Georgia, and Deputy Chief Bobbi Bernstein and Special Litigation Counsel Christopher J. Perras of the Civil Rights Division will prosecute it separate from the state proceeding that begins on Monday. 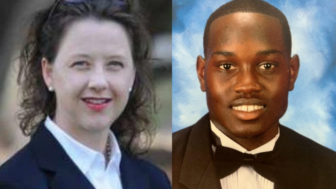 “I’m haunted by one of the statements made by Gregory McMichael, a father of the gunmen from jail, and he was explaining his justification to his wife, and he said, ‘You know, no good deed goes unpunished.’ These men are proud of what they did,” Merritt explained.  “They saw the fact that they got this man down, this young man down in the middle of the day on a Sunday afternoon, as a service to the community.”

Before Arbery’s death, the neighborhood had whispers about a Black man who was spotted constantly running through the neighborhood. That same neighborhood was said to be lined with Trump signs on front lawns. This was the route Arbery ran.

The lawyers in the case did not want to make this distinction while former President Donald Trump was in office. However, they are speaking out about it now.

Merritt warns not to expect some of the same scenarios and outcomes of the Derek Chauvin trial. Minnesota’s Attorney General worked on that case with prosecutors. However, Merritt proclaims Georgia is different and has an ugly head of racism present at every turn of this case and in the state.

“When I traveled to that region, it feels like I’m stepping into a time machine. And we saw on the pre-trial hearings, the witnesses and statements are very, very different. You know, the culture of racism and separation is still very much intact in South Georgia. And we anticipate that that will impact the kind of jurors that are available,” Merritt contended.

“I think of Emmett Till as well. And also think of the exoneration of those men, they acquitted all of those men for murder by an all-white jury. And so, you know, the constitutional principles that we’ve been fighting for decades about a fair jury pool a, a jury of our peers, is going to be on full display. We want to make sure that African Americans are not being struck from the jury pool by basis of race alone, that’s called a baton challenge under the law,” he said.

Merritt cautioned that opening statements in the trial may not happen right away as jury selection, in this case, could take up to weeks to complete.