Philadelphia train riders held up phones, watched as woman was being raped

"What we want everyone to be is angry, disgusted," said SEPTA's police chief, "and join us in being resolute to continue to make the system safe."

In a disturbing story out of the City of Brotherly Love, Philadelphia police are alleging that SEPTA train passengers witnessed a woman being raped, and instead of helping her or calling authorities, they pulled up their cellphones and recorded the crime.

“I can tell you that people were holding their phone up in the direction of this woman being attacked,” Southeastern Pennsylvania Transportation Authority Police Chief Thomas J. Nestel III said at a news conference Monday, according to NBC News.

The attack happened Wednesday night on the SEPTA train, and, according to Chief Nestel, there were other riders on the train, but “there were very few notifications to the police.”

No calls were made to 911. Authorities are researching if there were any calls made to police in Delaware County, where the last two SEPTA train stops are located.

“What we want everyone to be is angry, disgusted, and join us in being resolute to continue to make the system safe,” Nestel said. “We need help from the public to notify us when they see incidents that are occurring that are unusual. We want people to be our partners and to watch out for other riders.”

A 35-year-old suspect, Fiston Ngoy, has been arrested on rape and assault charges and is being held on a $180,000 bond. His last known address was a homeless shelter. According to Nestel, Ngoy and the victim got on the SEPTA train at the same stop in northeast Philly. 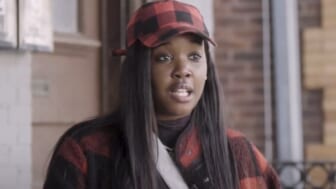 Also Read:
Philadelphia to pay $2M to woman beaten by officers in front of children

Reportedly, Ngoy harassed the woman for 40 minutes during the train ride before actually pulling down her pants and assaulting her. An officer at a station witnessed “what he believed was a criminal act occurring, ripped that man off of her and pulled him out onto the platform,” according to Nestel.

That was 27 train stops later. The attack lasted for eight minutes, with no passengers intervening.

Monday’s news conference was to reiterate the need for SEPTA riders to come to each others’ assistance when needed by calling 911 immediately or using emergency buttons on trains.

Timothy Bernhardt, superintendent of the Upper Darby Township Police Department, told The New York Times he was “appalled by those who did nothing to help this woman.”