Trevor Noah on Kanye name change: ‘If I had gone super-MAGA, I also would want to distance myself from myself’

In his rundown of news items, the popular host of "The Daily Show" mocked the rapper-producer's legal name change from Kanye West to simply, "Ye."

The Daily Show host Trevor Noah mocked the rapper formerly known as Kanye West, who recently legally petitioned and was approved to change his given name to simply, “Ye.”

Noah mentioned the name change in his daily rundown of news items Tuesday night during his popular weeknight Comedy Central show, saying, “And I’ll be honest, I get why he changed it. I mean, if I had gone super-MAGA like he did last year, I also would want to distance myself from myself.”

West has been effusive in his support of former President Donald Trump. In 2018, West visited the White House, where he greeted the former president wearing one of the red caps he made infamous. West reportedly invited Trump to come out as a surprise guest at one of his three pop-up concert events in Atlanta and Chicago, where he previewed his new album.

“OK, first of all, I think it’s safe to assume that anything Kanye does is for personal reasons,” Noah joked. “This man has never uttered the words, ‘Let’s go with whatever’s easier for everyone.’ ” On top of that, he asked, “What does he mean that he believes ‘ye’ is the most commonly used word in the Bible?”

The Bible is “open to many different interpretations,” the host noted, “This particular thing is not a belief. It’s something you can count. And ‘ye’ is not remotely the most common word in the Bible.” 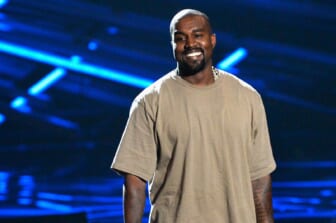 As previously reported, California Judge Michelle Williams granted West’s petition, making the name change legally official. According to reporting from USA Today, Williams wrote “there being no objections, the petition for change of name is granted.” In his application for the change earlier this year, Ye cited it was for “personal reasons.”

The word also means, “Only one,” in Swahili. 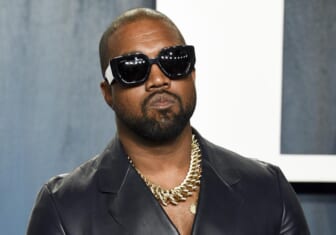 In addition to the name change, Ye is selling his ranch in Cody, Wyoming, for $11 million. The rap star purchased the 4,500-acre property in 2019, and recorded several music projects at the site. He still has another ranch in nearby Greybull, Wyoming.

Additionally, Ye and his wife, Kim Kardashian West, are in the midst of what appears to be an amicable divorce. The couple has four children together, and Ye recently accompanied the socialite to her first appearance as a host on Saturday Night Live.

In September, Ye released his 10th studio album, Donda, named after his late mother, Dr. Donda West. The album reached number one on the Billboard chart.

Ye is also preparing to open a private school in Southern California. The Donda Academy will launch with classes for up to 60 students from kindergarten to 12th grade. The property in the Simi Valley area was previously Stoneridge Preparatory School, and it features a 5,728-square-foot school with classrooms, labs, offices, a kitchen, as well as a basketball court and an open field.

The school will be headed up by Donda Academy Education Consultant Beulah McLoyd, who said the school “prepares students to become the next generation of leaders, thinkers and innovators by providing them with a world-class education.” According to her personal website, McLoyd is a Chicago native with two decades of educational experience.