A 911 operator talked the Jacksonville Jaguars defensive lineman through the delivery of his daughter, Ahlani Moon Smoot, in their living room.

Talk about a game-changing play: Jacksonville Jaguars defensive lineman Dawuane Smoot delivered his own child at home after his wife went into labor.

Smoot and his wife, Aumari, welcomed their second child, daughter Ahlani Moon Smoot, on Tuesday. However, the circumstances surrounding her birth were far from the norm. According to a press release from the Jaguars, the couple was on their way to the hospital when Smoot’s in-labor spouse fell to her knees. He caught her — then proceeded to deliver the newborn girl in their living room. 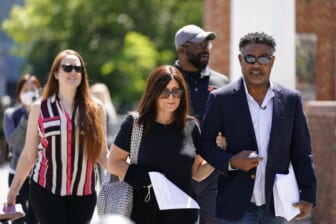 A 911 operator aided him through the delivery and tying the umbilical cord, which included the utilization of a pair of laces from sneakers.

“For the past 9 months my wife ( @aumarismoot ) and I both dreamt of having our second child and first daughter but nothing could have prepared us for this,” began his post, which included a picture of his newborn baby girl. “Seeing you collapse on the floor while walking out the door to the hospital was the scariest moment of my life.”

Smoot went on to praise his wife for how she summoned her strength to bring their daughter into the world at 4 a.m. in the morning, noting how “seeing your strength to stay calm and not panic allowed me to realize everything was going to be okay. God had our back.”

“I can’t thank you enough,” he continued, “for being such a strong woman and bringing our daughter Ahlani Moon Smoot into this world at home. You are a true warrior.” 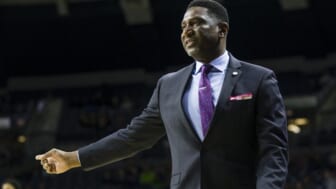 Smoot also leaned heavily on his faith in his Instagram post, which had nearly 4,000 likes as of press time.

“I trust God and the path he has my family on,” he wrote in conclusion. “I thank him for looking after my wife, Ahlani, Ahmir, and myself all this time. I will always owe you. #MiracleBaby #GodIsFaithful.”

For her part, Aumari Smoot also reflected on her new daughter’s delivery. In her own Instagram post, she expressed thanks to her husband and the 911 operator who talked the couple through the birthing process. She also included a picture of baby Ahlani in her caption.

“I also want to thank the 911 operator that talked him through the birthing process, the medical staff at the hospital once we arrived, and of course God,” she posted. “He was truly looking out for us yesterday and allowed me to make a full recovery.”

“Life is a rollercoaster of emotions and events that I’m glad to be experiencing with the loves of my life in my husband, son Ahmir, and now our daughter,” wrote Mrs. Smoot. “Thank you everyone for the prayers and reaching out. It truly means a lot. Have a blessed day.”