“I celebrate the courage that it took for all those brothers and sisters to fight against this system," Mike Africa tells theGrio about The Black Panther Party

The revolutionary Black Panther Party was founded 55 years ago this month and its ideals are not only still vital but celebrated.

Fredrika Newton, the widow of Huey P. Newton, will participate in a public unveiling of the bust of the co-founder of the Black Panther on Sunday in Oakland. The bust pays tribute to the activist who advocated for the Black community, creating the Black Panther Party alongside Bobby Seale.

The Black Panther Party was active in the community and launched such initiatives as free breakfast for children and a newspaper. The group also had a 10-point program focused on freedom, employment, an end to war, and housing for Black people. 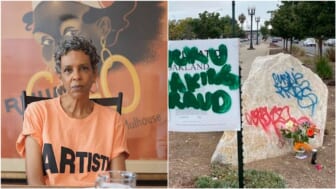 “I celebrate the courage that it took for all those brothers and sisters to fight against this system. I celebrate the fact that we have a breakfast program and kids are eating and people don’t even know that they’re eating because of the Black Panther Party,” Mike Africa, born to two freedom fighters in jail, tells theGrio.

Africa added that television series such as The Boondocks introduced Huey to a new generation that has been guided by the principles of the Black Panther Party. It is an impact that he sees as enduring despite the original group’s truncated time together.

“The short span that the Black Panther Party existed and its core years is so small, but the impact is so big. And I think that everybody should recognize the type of intellect and power that came from the minds of these amazing people,” he said.

“Because for them to make that kind of impact in that short time … we’re going to be talking about the Black Panther parties and members of it for 100 years, 200 years, because of the impact and the power of the Black Panther Party, and I salute them and I celebrate every good thing they’ve ever done.”

April Verrett,  President of Service Employees International Union (SEIU), tells theGrio that the Black Panther Party left a legacy of “self love” and “love of our people.”

Verrett says she’s seen the service of others and the community on display. However, being caregivers should not be an outreach taken for granted or exploited. 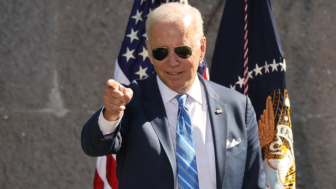 “Why should these women continue to have to live in poverty? To do what is some of the most important work that I would say anyone gets up to do every day? When are we going to stop devaluing the work that they do, and once and for all, pay them what they are worth? Right?” she says.

“I believe that their work has been devalued, because it’s the work the slave woman wants to do. They got away with not paying us. You know, while we were enslaved to do the work, we can no longer allow them to keep to continue to discount us and we need to invest in this workforce.”

Economic strength was one of the guiding principles of the Black Panther Party. Darrick Hamilton, director of the Institute on Race, Power and Political Economy at The New School, says it’s vital that Black people have financial autonomy.

“Without wealth, you are at the whim of charity, or exploitation, you don’t have agency in your life, if you don’t have resources, however smart you may be, however hard working you may be others can dictate to you, you know, and that is when we even think about market functioning,” Hamilton says.

“When we talk about market markets, and we talk about freedom, you don’t have freedom if you come to that transaction without resources. And again, going back to this plan, they would conversations around political economic resources and power so that people could have agency in their lives.”

theGrio’s April Ryan and Jessica Floyd contributed to this report.