The activist started the list, which highlights emotional riches and meaningful stories rather than net worth, in partnership with Glenfiddich Scotch Whiskey.

Activist, educator, and author Brittany Packnett Cunningham has curated a new list that redefines what it means to be “rich.”

In her partnership with Glenfiddich Scotch Whisky, Cunningham curated  #Richest25, a list inspired by the Forbes Billionaires list, but which instead highlights emotional riches and meaningful stories rather than monetary value or net worth.

“Glenfiddich has really been listening as we’ve been, I think, having the right conversations about what really makes us wealthy, what really makes us rich. If there is anything that this year taught us, it’s to really hold on tight to what’s actually valuable,” Cunningham told theGrio.

“It’s the time that we’re spending with our loved ones. It’s the ways that we invest in our communities. It’s the way we create memories with one another. Those are actually the things that we value,” she added. “And so we really wanted to redefine and open up this idea of what wealth is.” 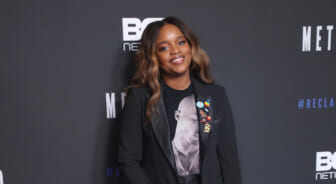 “I really love that I have the opportunity to shine the light on people who should have the light shine on them all the time,” she said. “I’m all about building new tables these days. It is one thing to have a seat at an old table. It is another thing for us to build our own table. This was a chance for me to help build a new table.”

She continued, “I love a chance to be able to hype other people up, amplify other people. And like I say, shine the light on other folks. This was a chance to do that in a really novel way to not just say who are the best 30 under 30 or, you know, who sold the most books this year. But to really say who’s creating a new definition of wealth? Because that’s what we deserve. We deserve to redefine what richness and what wealth means in our own image.“ 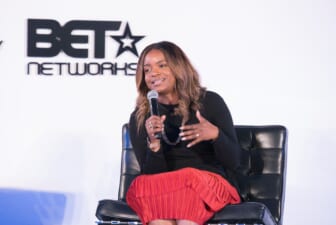 The activist also opened up about the importance of purpose and having the courage to take a leap of faith.

“There’s no safety outside of your purpose,” Cunningham said. “I fully believe in the concept of leaping and the net will appear. 2020 was the year where I became an entrepreneur for the first time in my adult life.”

“I left a full-time job that had become a part-time job, and I really had to sit and say, ‘How am I going to infuse my ability to support and sustain myself and my family with what my life’s purpose is?’ Because it changed from when I joined this organization, it changed from when I took this job over many years ago, and it does take a lot of courage.”

“But the thing that I figured out about courage is that if you practice it, you’re ready to call on it when the time comes,” she said. “I feel like I’ve been really blessed to have a lot of chances to practice courage, to be surrounded by people who I’ve watched practice courage over and over again.”