Judge: Men Kyle Rittenhouse killed can be called ‘looters’ but not ‘victims’

The judge overseeing Kyle Rittenhouse’s murder case ruled Monday that lawyers can refer to the men he shot as “rioters” and “looters,” but not “victims” during the upcoming trial, The Chicago Tribune reports.

On Monday, Circuit Judge Bruce Schroeder ruled that prosecutors in the Rittenhouse case can not refer to the three wounded men as “victims” during the trial “because it would be prejudicial to Rittenhouse,” The Chicago Tribune writes.

“The word victim is a loaded, loaded word,” Schroeder said.

Judge Schroeder did, however, rule that Rittenhouse’s defense team can refer to the men as “rioters” or “looters.”

“The behavior of many people there was lawless,” defense attorney Mark Richards said of the protest in Wisconsin last year. “Mr. Rosenbaum was at the top of that list.”

“The terms that I’m identifying here such as rioter, looter and arsonist are as loaded, if not more loaded, than the term victim,” Assistant District Attorney Thomas Binger said. “This is an attempt to tell the jury that Mr. Rosenbaum was a bad guy who deserved to die,” Binger said. “That’s really what’s going on here, your honor.”

Rittenhouse, an Illinois teenager, fatally shot two people during a protest in Wisconsin last year. He traveled across state lines, armed with what has been described as a “long gun,” purportedly to help support law enforcement and protect public property amid protests over Jacob Blake, a Black man who was unarmed when he was shot in the back a Kenosha, Wis. police officer. 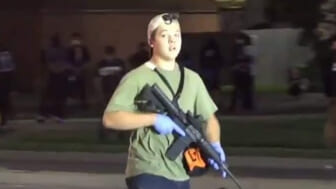 Rittenhouse was charged with first-degree murder for shooting and killing Joseph Rosenbaum, 36, Anthony Huber, 26, and wounding Gaige Grosskreutz, 26, with an AR-style semiautomatic rifle. Conservatives across the country have rallied around Rittenhouse, raising $2 million to cover his bail. Black Lives Matter supporters have painted him as a trigger-happy racist.

A judge ruled last month that prosecutors can’t argue that Rittenhouse is affiliated with the Proud Boys or that he attacked a woman months before the shootings.

Rittenhouse has pleaded not guilty to the charges. His legal team claims he shot two individuals in self-defense as they were trying to disarm him. Witnesses have alleged that he was stalking the city and threatening people with his weapon. 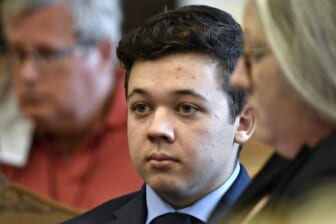 Earlier this month, attorneys for Rittenhouse tried to get the misdemeanor charge for possession of a deadly weapon dismissed by invoking hunting laws. They cited a Wisconsin hunting statute that allowed the teen to carry an assault rifle on the night he traveled from Illinois to Kenosha where he fatally shot two people and injured a third, NBC News reports.

Judge Schroeder refused to dismiss the misdemeanor weapons charge, stating that a review of the state statutes was necessary, according to the report.

“I don’t feel comfortable making a ruling,” he said. “The basic concept is the rule … has to be clear to ordinary people.”