The quest by a civil rights pioneer to have her arrest record wiped clean after nearly 70 years after she protested racial segregation has raised the possibility of similar bids to clear the names of Rosa Parks and Martin Luther King Jr., whose convictions remain on the books in Alabama’s capital.

Parks refused to pay her $10 fine, and she and King went on to become icons of racial justice and the modern civil rights movement. Yet their cases remain on the books in Montgomery, said civil rights attorney Fred Gray, who represented both.

In the case of King, an up-and-coming pastor at the time, efforts to reverse the conviction in court failed, Gray said. 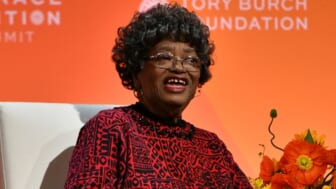 “We might just decide to file a lawsuit on his behalf to have that record expunged,” Gray said. The same goes for Parks and others, potentially, he said.

The chief prosecutor in Alabama’s capital, Montgomery County District Attorney Daryl Bailey, said he would generally support a move to expunge the arrest records of King and Parks, but he’d need to see details of any such request before responding in court.

Bailey and Gray spoke on behalf of Claudette Colvin as she asked a court on Tuesday to remove records stemming from her arrest and conviction after she refused to move to the back of a bus in compliance with racial segregation laws in March 1955 in Montgomery. Now 82, Colvin was a 15-year-old high school student at the time.

“My mindset was on freedom,” she said after filing the expungement request, which has yet to be decided.

An attorney representing Colvin, Phillip Ensler, said he would support a bid to expunge the court records of other activists from the civil rights movement. But Colvin, who was convicted of assaulting an officer during her arrest and declared delinquent, isn’t sure that such an effort would be possible since there was so much injustice for so long.

“That would take a hundred years, maybe 200 years to go through the court system,” she said. “You could never finish it.”

Representatives from The King Center in Atlanta and The Rosa and Raymond Parks Foundation in Detroit, where Parks lived most of her life, did not return emails seeking comment.

Hundreds of people were arrested across the South during civil rights demonstrations in the 1950s and ’60s, and it’s unclear how many would want to remove their arrest records, which many see as a badge of honor. When the city of Birmingham offered mass pardons to people arrested during protests in 1963, many refused. 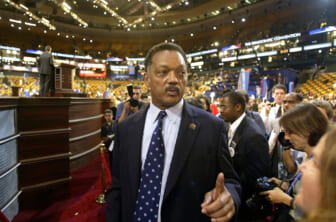 Montgomery County Circuit Clerk Gina Ishman said expunging court documents removes convictions from defendants’ records but generally does not result in the destruction of documents, such as the historical police and court records involving people like Colvin, King and Parks.

Colvin, who left Alabama for New York at age 20, said the conviction never bothered her much, although her family was worried because she never received notice saying her probation had ended. The worst thing about the ordeal was losing high school friends over her act of defiance, she said.

“They didn’t want to be around me,” said Colvin.