Kermit Warren said the civil forfeiture by DEA agents made him feel "like I was the dirt on the ground."

A Louisiana man who had traveled to Ohio to buy a tow truck with his life savings of nearly $30,000, was stopped by officials from the Drug Enforcement Agency, who seized the cash. Nearly a year later, Kermit Warren has finally gotten his money back.

According to a report from The New York Times, Warren lost his job shining shoes at The Roosevelt Hotel in New Orleans due to the COVID-19 pandemic. He and his son traveled to Ohio last year to buy a used tow truck to help him grow his side business of hauling scrap metal. However, once they arrived in the Buckeye State, they noted that it was the wrong kind of truck and headed back to the airport.

According to the report, screeners from the Transportation Security Administration asked Warren about the cash he was carrying; he explained and was allowed to continue. But at the airport gate, he was approached and questioned by DEA agents, who took the cash.

The agents noted that Warren had no luggage or a change of clothes; he also had a one-way flight, and federal documents claimed he “stammered” while being questioned. He also showed the officers a badge from another son and tried to claim he was a retired police officer as he panicked under pressure.

That combination led agents to perform a civil forfeiture, seizing the money but allowing Warren and his son to board their flight.

“When they seized my life savings … every honest dollar I had worked for the last 25, 30 years, it made me feel like I was the dirt on the ground,” Warren said in a video his attorneys from the Institute for Justice released two months ago.

“I never knew in my whole 58 years as a man in the United States that three DEA agents could take a man’s money from him that he worked for, and not had committed any kind of crime, or was arrested for doing any type of wrongdoing” he contended. “How could they just take my money from me like that?” 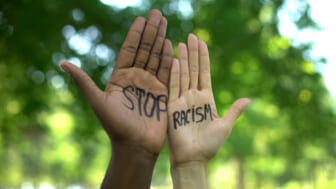 The process is called civil forfeiture, and the Institute for Justice has sued the DEA and the TSA for the process, claiming that they have been seizing the money of travelers without probable cause. Civil forfeiture also disproportionately affects minority populations. They have filed a class-action lawsuit against both agencies.

“Civil forfeiture … does not even require criminal charges to be brought, let alone a criminal conviction,” Dan Alban, an attorney for the institute, told The Times. “It punishes people for a crime without convicting them of that crime.”

Warren’s attorneys had to present tax documents, call logs, and even the Uber receipt showing him being picked up from near Buckeye Forklift and taken to the airport. 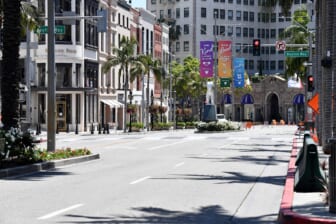 The federal government has ordered that all of Warren’s money be returned and that the civil forfeiture complaint be dismissed “with prejudice.” It cannot be filed again.

The Institute for Justice notes that from 2015 to 2019, civil forfeitures by the federal government averaged approximately $12,000. The amounts show “these are not big drug kingpins,” Alban said. “The people most frequently impacted are everyday people, working-class people and the poor.”