Scottie Pippen on Michael Jordan’s ‘The Last Dance’: ‘He couldn’t have been more condescending’

Pippen claims Jordan earned $10 million from the documentary, while he and his teammates earned nothing.

Scottie Pippen is set to release a new memoir this month titled  “Unguarded,” in which the NBA icon takes aim at former teammate Michael Jordan over his portrayal in ESPN’s 10-part documentary The Last Dance.

Pippen, a six-time NBA champion who was widely considered as “Robin” to Jordan’s “Batman,’” was reportedly “livid” about his portrayal in the 2020 docuseries, which chronicled Jordan and the 1997-98 Chicago Bulls series. 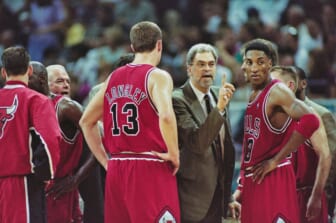 “ESPN sent me links to the first eight episodes a couple of weeks in advance,” Pippen wrote in an excerpt from the memoir published Tuesday in GQ. “As I watched the doc at home in Southern California with my three teenage boys, I couldn’t believe my eyes.”

Pippen notes that the producers granted Jordan editorial control of the final product, and because of this, the doc “glorified” MJ.

“The final two episodes (of ‘The Last Dance’) aired on May 17. Similar to the previous eight, they glorified Michael Jordan while not giving nearly enough praise to me and my proud teammates,” Pippen wrote. “Michael deserved a large portion of the blame (for the documentary’s framing). The producers had granted him editorial control of the final product. The doc couldn’t have been released otherwise. He was the leading man and the director.”

“Even in the second episode, which focused for a while on my difficult upbringing and unlikely path to the NBA, the narrative returned to MJ and his determination to win,” Pippen wrote. “I was nothing more than a prop. His ‘best teammate of all time,’ he called me. He couldn’t have been more condescending if he tried.”

Pippen claims Jordan bagged $10 million from the documentary, while he and his teammates earned nothing.

“Each episode was the same: Michael on a pedestal, his teammates secondary, smaller, the message no different from when he referred to us back then as his ‘supporting cast.’ From one season to the next, we received little or no credit whenever we won but the bulk of the criticism when we lost,” Pippen wrote.

“Now here I was, in my mid-50s (years old), 17 years since my final game, watching us being demeaned once again. Living through it the first time was insulting enough.”

Appearing on The Dan Patrick Show in June, Pippen said “All those cameras were working for Michael Jordan, not the Chicago Bulls.”

At the time the doc aired, ESPN 1000’s David Kaplan said Pippen was “so angry at Michael and how he was portrayed, called selfish, called this, called that, that he’s furious that he participated and did not realize what he was getting himself into.” 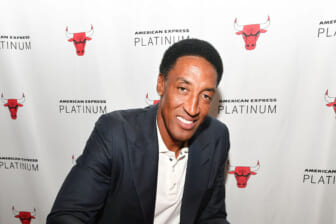 Also Read:
Scottie Pippen is reportedly ‘livid’ over portrayal in ‘The Last Dance’

Dennis Rodman, who won three championships with the Bulls and two with the Detroit Pistons, came to Scottie’s defense. He told ESPN, “Scottie was so underrated — and so underpaid. He should be holding his head up higher than Michael Jordan in this documentary. I think a lot of people are now realizing what he went through. The kid was a hero, in a lot of ways, during those great Bulls runs.”

Several other former Chicago Bulls players were not happy with the docuseries. Horace Grant, who won three championships with Jordan, called him a liar after Jordan alleged that Grant leaked info for sportswriter Sam’s Smith’s controversial 1992 book “The Jordan Rules.”