Olympic gymnast Dianne Durham, who died earlier this year, was remembered Saturday at memorial services in northwest Indiana as a pioneer.

She died in February in Chicago following a short illness. She was 52. 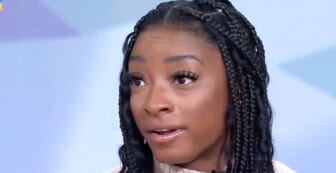 Several gymnasts spoke in person, virtually and through written messages at the memorial in Gary, Indiana, including Simone Biles. Mourners remembered Durham not only for athleticism but also her style, kindness and compassion, according to The (Northwest Indiana) Times.

“You are truly missed. Dianne was about living life to the fullest. That’s what she always did,” Retton wrote, according to the newspaper.

Durham was born in Gary in 1968 and started gymnastics at age 4. She attended schools in Gary and later moved to Texas for training.

After her win, she retired from gymnastics in 1985 and became a coach, including at the University of Illinois Chicago.