Hundreds of residents in a north Houston neighborhood are plaintiffs in a case against the railroad company.

A Houston woman is taking legal action against the city and Union Pacific Railroad after her nephew’s death from leukemia, which she attributes to the toxic chemicals in the neighborhood. 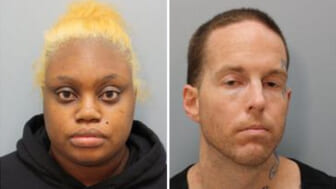 Giles died in July at age 13 after a five-year battle with leukemia. He lived in Houston’s Greater Fifth Ward area, two blocks from Union Pacific’s Englewood Railyard plant where Texas health officials found a cluster of cancer cases in 2019.

“The Houston Health Department went to homes of residents who completed and submitted a health survey and responded ‘yes’ to the occurrence of cancer in their household,” reads the report from the health department. “This information will be analyzed, with the previously collected information from the January 4, 2020 survey, to develop a detailed account of the health needs of the area.”

The Centers for Disease Control and Prevention defines a cancer cluster as a “greater-than-expected number of cancer cases that occurs within a group of people in a geographic area over a period of time.”

A study by the Texas Department of State Health Services found that for decades, Union Pacific treated rail yard ties with the wood preservative creosote, a cancer-causing substance, according to the Environmental Protection Agency.

The toxic chemicals reportedly affected over 100 properties in the Kashmere Gardens and Fifth Ward neighborhoods and contaminated groundwater, per the report. Health officials wrote in a Dec. 5, 2020 report:

“The results of the analysis of  40 passive soil vapor gas samples conducted by a consultant for the Houston Health Department at locations over the groundwater plume associated with the Union Pacific Railroad site were received. Very few contaminants were detected and those that were detected were very low levels, close to the reporting limit. These data do not indicate inhalation risk from soil vapor contamination.”

The area surrounding the railyard has reportedly seen an increase in lung, esophagus, and throat cancer among adults. The state health department reported earlier this year a spike in cases of childhood lymphoblastic leukemia in these specific communities.

Texas health officials noted in a Jan. 4, 2021 report: “The DSHS issued to the Houston Health Department the report “Supplemental Assessment of the Occurrence of Cancer, Houston, Texas 2000-2016” detailing analysis of occurrence of childhood acute lymphoblastic leukemia and adult kidney and renal pelvis cancers in census tract around the UPRR site. This report was finalized by DSHS on January 4, 2021.”

Hundreds of residents are now plaintiffs in a mass case against Union Pacific. 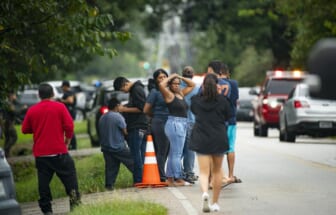 The lawsuit, filed in Harris County District Court, alleges that the company knowingly contaminated the area with toxic chemicals, attempted to conceal the crime, and failed to clean up the contaminated areas.

The suit also accuses the City of Houston of failing to protect the community by warning residents of the risks and dangers associated with the probable cancer-causing chemicals that are linked to the contamination.

The plaintiffs are alleging damages caused by rail yard contamination.