In the clip, Republican Rep. Paul Gosar is an anime hero who slays a giant with AOC’s face.

Democratic Rep. Alexandria Ocasio-Cortez has responded to a disturbing anime video that Republican Rep. Paul Gosar posted to his Twitter and Instagram accounts showing him appearing to kill her and President Joe Biden.

Ocasio-Cortez tweeted in response Monday, calling Gosar a “creepy member” of the House who “shared a fantasy video of him killing me.” 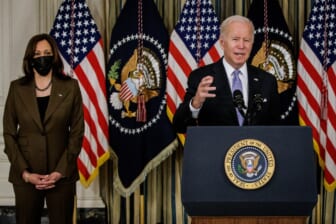 In the clip, Gosar is an anime hero who slays a giant with Ocasio-Cortez’s face. Another scene shows Gosar swinging two swords at a Biden-like character, CNN reports. Gosar shared a link to the cartoon clip on Twitter, asking followers, “Any anime fans out there?”

Gosar’s digital director, Jessica Lycos, responded to the backlash over the clip in a statement to The Washington Post on Monday, saying, “Everyone needs to relax.”

“Threats of violence against members of Congress and the President of the United States must not be tolerated. @GOPLeader should join in condemning this horrific video and call on the Ethics Committee and law enforcement to investigate,” Pelosi tweeted Tuesday.

“Rep. Gosar’s conduct is grotesque, dangerous and utterly disgraceful to the United States House of Representatives. We must address his intolerable assaults on the dignity of our body and safety of our colleagues,” Maryland Rep. Jamie Raskin tweeted.

“In any other job in America, if a coworker made a video killing another coworker, that person would be fired,” the group stated.

“Mr. McCarthy needs to decide whether he will finally stand with the American people on the side of law and order or he will continue to support violence and chaos,” the statement continued.

“He’s not been censured. He’s not been expelled and he hasn’t had his seat forfeited by any of the leadership,” Jennifer said, before calling out McCarthy, Attorney General Merrick Garland, and congressional leaders who refuse to hold her brother accountable for his wild antics. “Where are these people? Does he need to act on his sociopathic fantasy? I am very concerned for [Ocasio-Cortez] and other members.” 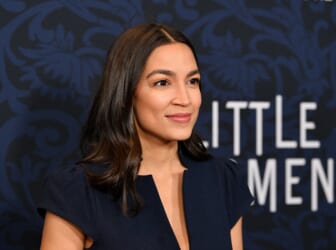 Gosar noted in a post that the “creativity” of his team is “off the hook.”

The offensive tweet in question no longer appeared on Gosar’s social media page as of Tuesday evening.