Former Glynn County Police Officer Ricky Minshew was the first to arrive at the scene when Ahmaud Arbery was shot in late February 2020. On Monday, during some of the earliest testimony in the trial of Gregory McMichael, his son Travis McMichael and their neighbor, William “Roddie” Bryan, Minshew explained why he never administered first aid to the gravely injured 25-year-old. 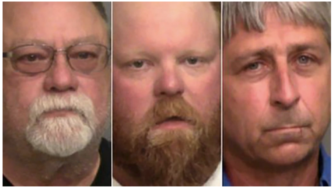 Also Read:
Man charged in Ahmaud Arbery’s murder did not bring up citizen’s arrest at scene

He noted that upon his arrival, he saw Arbery lying on the ground and notified dispatchers to send emergency medical personnel.

Minshew testified Monday that he himself did not administer life-saving aid to the dying man because he was face-down and “unresponsive to his surroundings, he appeared to be deceased.”

He added that the pool of Arbery’s blood was “exceeding the perimeter of his body,” according to WLWT.

Minshew told jurors that he heard Arbery breathe his final breaths with a sound known as a “death rattle.”

Minshew added that he feared for his safety.

“Being that I was the only officer on scene,” he said, “without having any other police units to watch my back, there was no way I could have switched my attention to anything medical and still be able to watch my surroundings and watch after my own safety.”

The former officer said he did not have the adequate training to help Arbery, nor did he have the proper equipment or supplies.

Minshew is longer on the Glynn County Police force. The Brunswick News is reporting that he currently works at a paper mill.

On the fateful day the McMichaels and Bryan crossed paths with Arbery, the then-police officer was wearing a body camera. According to reports, its graphic footage was shown to the jury — which consists of 11 white people and one Black person — showing that the McMichaels were pacing near Arbery’s dead body and that Travis McMichael had blood on his clothing. 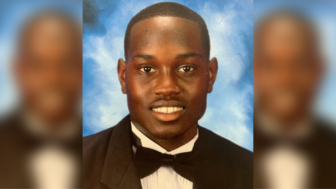 “I’m hoping that the jury see what the world see, is that Ahmaud hadn’t committed a crime,” Arbery’s mother, Wanda Cooper-Jones, said in an interview with CNN. “He was simply out for a jog. He did stop by that unoccupied home but, again, Ahmaud didn’t commit a crime, and Ahmaud was chased and eventually killed.”

As previously reported, Minshew also testified that Bryan did not tell him the trio was pursuing Arbery in an attempt to execute a citizen’s arrest. 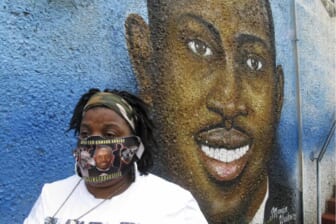 Minshew said on the stand that at one point, Bryan asked him, “Should I have been chasing him? I don’t know.”

Both McMichaels and Bryan are charged with Arbery’s murder, aggravated assault, and false imprisonment. The Atlanta Journal-Constitution reports that Minshew testified he was seconds away from responding to a 911 call from one of the McMichaels reporting that there was a “suspicious” Black man running in their neighborhood.