In 2001, 10-year-old Calhoun portrayed Tyrell Musgrove, the son of Halle Berry's character; the actress donated over $3,000 to family's GoFundMe effort.

Actor Coronji Calhoun died last month in his native Louisiana. Calhoun, who was 31, reportedly died of congestive heart failure and lung issues on Oct. 13, according to Shadow and Act.

According to EURWeb, Calhoun was one of six children. He also leaves behind a 10-year-old son and 13-year-old stepson.

In a 2001 interview, Berry talked about working with Calhoun on the film, in which she played an abusive mother whose husband was on death row for murder.

The actress told EURWeb.com about having to berate Calhoun’s character, telling Cherie Saunders the “scene was actually harder for me [than the iconic love scene between Berry and Billy Bob Thornton] because he’s a real little boy with a real weight problem and he has real issues surrounding it himself. And he was not an actor. [Director Marc Forster] just plucked him out of obscurity in Louisiana, so he really didn’t understand the process, or so I thought.” she said. 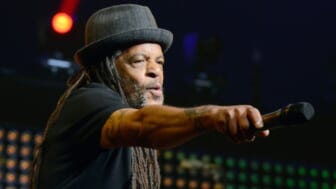 Berry said the young boy told her he was often teased at school for being overweight, and she reportedly told Calhoun not to confuse her with the character, despite how much she had to be mean to him.

“You know, kids can be really cruel at that age; he was only 10, 11,” she said. “That was hard. And what I’ve done since then is that I felt I had a responsibility to stay in his life, and I am. I didn’t want to do this to this poor kid and then drop him off and say, ‘Thanks, buddy.’ And I’ve really made it a point to stay in touch with him and really stay in his life, and I hope we stay that way.”

Despite his death being nearly a month ago, funeral arrangements for Calhoun are still pending because he did not have life insurance. His mother, Theresa Bailey, launched a GoFundMe effort to assist with the arrangements. The fund met its goal this week, when Berry donated more than $3,000.

The actress is set to release her directorial debut, Bruised, next week.