EXCLUSIVE: As the country celebrates the nation’s veterans, food insecurity among one of the country’s most vulnerable groups, Black veterans, has emerged as one of many issues disproportionately affecting minorities during the pandemic. 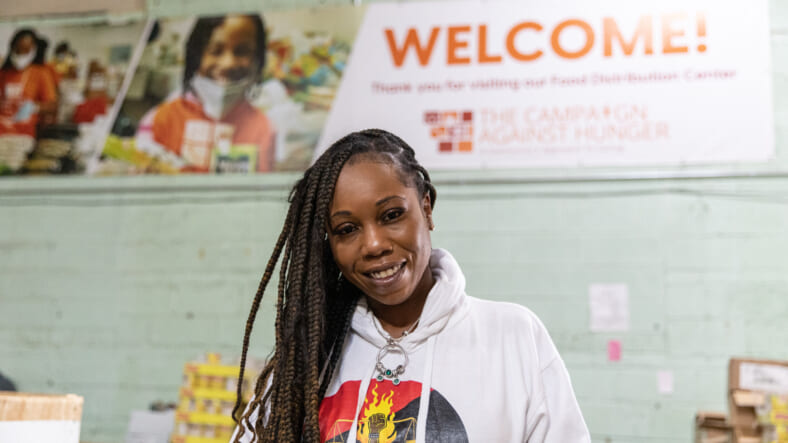 When Lashena Boyer left the Navy in 2011, her commitment to serve did not end. The former sailor is a volunteer for Black Vets for Social Justice (BVSJ), a New York community-based non-profit service organization that helps veterans find support for everything from job and education benefits to medical and housing services.

Of the nation’s more than 18 million military veterans, just over two million are Black. As the country celebrates the nation’s veterans, food insecurity among one of the country’s most vulnerable groups, African American veterans, has emerged as one of many issues disproportionately affecting minorities during the pandemic.

In New York City, 3 out of 10 of the city’s veterans depend on food pantries and soup kitchens.

Boyer is one of dozens of volunteers who travel to a Brooklyn warehouse every Wednesday to pack free meal kits donated by HelloFresh.

In 2004, she was serving on the USS Abraham Lincoln, a civilian aircraft carrier, that brought help to tsunami refugees in Indonesia. As she sorts fresh vegetables and stuffs pasta and meat into paper bags, Boyer sees herself still bringing help to people in need.

The pilot program, involving BVSJ and its partnership between New York State and New York City’s Department of Veteran Services includes packaging and delivering fresh meals to local food banks and community-based organizations across the boroughs. 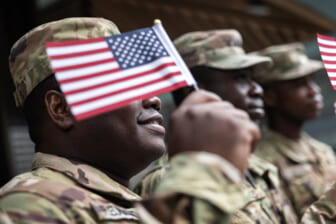 Also Read:
This Veterans Day we must commit to breaking barriers for Black service members

According to Jeremy Butler, CEO of Iraq and Afghanistan Veterans of America, Black people have weathered the worst of the pandemic, and Black veterans find themselves fighting multiple battles on different fronts long after their military service. I

In 2021, Butler said more than half of the organization’s Black veterans sought help from IAVA for financial assistance.

Prior to the pandemic, Wendy McClinton, president of Black Veterans of Social Justice, said the organization’s volunteers prepared 100 bags of canned goods every two weeks. Since the pandemic, for more than a year, they’ve been packaging and delivering 4,000 fresh meals distributed to approximately 2,000 veterans and their families each week.

George Wolfe served in the Marine Corps. He worked as an electronics technician soon after he got out of the military. A back injury forced him out of his job, and soon Wolfe was without steady income or a home. After serving in the Philippines and parts of Europe he never imagined he’d one day find himself living on the streets of New York. 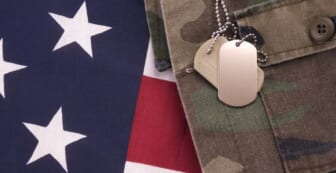 “This is indispensable,” Wolfe told theGrio, as he selected a couple of meal boxes at a temporary housing shelter. “Without it, we would not be able to eat a healthy meal.”

As part of its social impact initiative HelloFresh has donated millions of fresh meals to local governments, food banks and food rescue organizations across the nation. In September, the company reported donating 500,000 pounds of food, bringing its total donation amount to more than five million.

The meal kits come equipped with a balanced meal, including protein, grain, starch, fruits and vegetables. Plus, each kit has two meals within them. Veterans pick the number of kits they need based on the size of their family.

After a couple of hours at the warehouse Lashena Boyer has packed and loaded her last meal onto a delivery cart.

“We have veterans who went out and sacrificed their lives,” Boyer said. “So, if I could come out and help another vet eat, then I’ll do that.”