Four inmates, including Julius Jones, had argued that a 2011 change in state law violated a constitutional ban on ex post facto laws

A federal appeals court has rejected an appeal by four Oklahoma inmates to stay their executions scheduled over the next three months, including a planned lethal injection next week that has drawn international attention.

An attorney for the four death row inmates did not immediately respond to a telephone call for comment Saturday.

The court ruled that a federal judge was not wrong in finding that the four were unlikely to succeed on the merits of their claims, including their argument that the use of the sedative midazolam during the execution would likely cause severe pain.

The court also turned aside a claim that requiring the four to select an alternative method of execution would violate their religious beliefs by effectively causing them to assist in their own suicide.

“Appellants are not paying for their religious beliefs with their lives; at most they are forfeiting a delay in execution of a sentence that … is constitutional,” the court ruling stated.

The four also had argued that a 2011 change in state law violated a constitutional ban on ex post facto laws by changing from a lethal dose of a barbiturate combined with a paralyzing drug, to a broad definition of a deadly amount “of a drug or drugs.”

The ban on ex post facto laws, the court said, prohibits increasing the punishment for a crime after the crime was committed, and that it does not apply in the inmates’ cases.

“Under both versions of the law, the penalty incurred is death,” the court wrote. 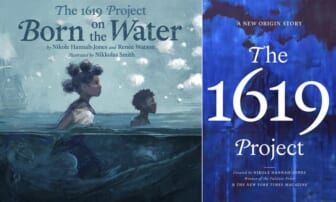 The inmates sued for the injunction, saying that the Oct. 28 execution of John Marion Grant demonstrated that Oklahoma officials have not resolved concerns about the state’s execution method.

Grant convulsed and vomited as his lethal injection ended Oklahoma’s six-year moratorium on executions because of such concerns.

Oklahoma once had one of the nation’s busiest death chambers, but a moratorium on capital punishment has been in place since 2015 following three consecutive flawed executions, including one in which the wrong drug was used to carry out the death sentence.

The drug mix-ups followed a botched execution in April 2014 in which inmate Clayton Lockett struggled on a gurney before dying 43 minutes into his lethal injection — and after the state’s prisons chief ordered executioners to stop.

Jones’ case has drawn widespread attention since being featured on the ABC documentary series “The Last Defense.” Since then, reality television star Kim Kardashian West and athletes with ties to Oklahoma — NBA stars Russell Westbrook, Blake Griffin and Trae Young among them — have urged Republican Gov. Kevin Stitt to commute Jones’ death sentence and spare his life.

Jones’ execution is scheduled this coming Thursday, but Stitt is considering a state parole board recommendation that the sentence be commuted to life in prison.

Jones was convicted of first-degree murder and sentenced to die for the 1999 shooting death of Paul Howell during a carjacking in the Oklahoma City suburb of Edmond.

Jones has maintained his innocence and alleges he was framed by the actual killer, a high school friend and former co-defendant who was a key prosecution witness.

Earlier Friday, the Oklahoma Court of Criminal Appeals rejected the appeal of one of the four death row inmates, Lay, who is scheduled for execution in January.

Lay had asked for a stay and an evidentiary hearing to present additional evidence, but the state court said he does not challenge the validity of his conviction or death sentence “except to say … without supporting legal or record citations, that Lay was not allowed to call witnesses or present a defense.”

Lay, who filed the handwritten appeal himself, was convicted and sentenced to death for the 2004 shooting death of a security guard during an attempted bank robbery in Tulsa.

Grant was sentenced to for the 2001 fatal shooting of the manager and desk clerk of a Del City motel where he had applied for a job the day before.

Postelle was convicted and sentenced to death for the 2005 revenge killings of four people at an Oklahoma City mobile home park.