The beauty entrepreneur was diagnosed in 2015 and used her platform to bring awareness to cancer treatment options for those who couldn't afford them. 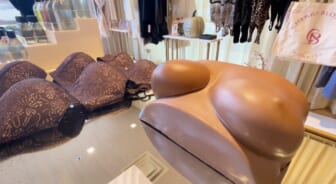 According to her company bio, “Donaldson was the founder and Chief Executive Officer of Thank God It’s Natural (TGIN), the line of natural hair and skin care products currently sold by several national retailers including Walmart, Target, Whole Foods, Sally’s Beauty, and Walgreens. Donaldson was responsible for the day-to-day operations of the business, as well as sales and strategic partnerships.

Donaldson has been featured in several national publications, including USA Today, Marie Claire, Essence, Black Enterprise, Ebony, Heart & Soul, and the Chicago Tribune. Her book, Thank God I’m Natural: The Ultimate Guide to Caring for Natural Hair, was a No. 1 bestseller on Amazon. The book was coined the “Natural Hair Bible” by Essence Magazine.

Before TGIN, Donaldson was part of orchestrating complex business transactions involving technology and open-source code for Fortune 500 companies. She earned her degree in economics and a law degree from Harvard University and was the founding president of the Harvard Black Alumni Society,” who announced her passing on their page as well.

In 2015, Donaldson, then 36, discovered an abnormality in her breast.

“I was actually taking a shower and noticed it then. Initially, I thought it was hormonal-related. I had a cyst removed from my breast in my 20s,” she said in a Facebook Live interview, per Black Doctor. “Given my age and the fact that I felt perfectly healthy, breast cancer was the furthest thing from my mind. After two to three months passed, I made an appointment to see my doctor. Although she did not think it was cancer given the lump’s size, shape and the fact that it was soft and movable, she still recommended a mammogram just to be safe.”

Donaldson was in the middle of major brand opportunities for TGIN. She even told her doctor that she couldn’t start chemotherapy right away due to having a meeting with Target days later that she “needed to look good for.” She scheduled her treatment around her busy schedule.

“I had a lumpectomy, followed by eight rounds of chemotherapy and 33 rounds of radiation,” she said. “My doctors were extremely aggressive with their choice of treatment given my age.”

Losing her hair in the process was especially difficult because her brand was so connected to haircare. But Donaldson used her platform to advocate for breast health and to bring attention to the economic disparities in treatment.

During her own battle with cancer, Donaldson learned that finances often made the difference between living and dying, as many patients couldn’t afford progressive treatment options. 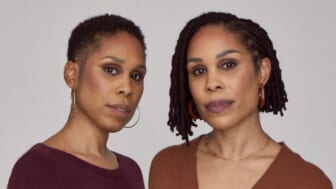 She also learned that there was a dearth of organizations to support women with essential things after a diagnosis, such as transportation, child care, parking, and navigating disability leave from their place of employment. Donaldson advocated for them while undergoing treatment herself.

Before she passed, she wrote a second book, “This Is Only a Test: What Breast Cancer Taught Me About Faith, Love, Hair and Business“, that detailed her journey of being diagnosed with breast cancer at a young age despite no family history of the disease.

“Thank God for loaning us his angel,” the post on her company Instagram page reads. “Rest easy. We love you and will continue building your legacy and pursuing your mission.”