Police also “shot at, assaulted and battered unarmed protesters, which led to injuries and deaths,” the panel found.

A Nigerian judicial panel says that army soldiers “shot, injured and killed” peaceful protesters demonstrating against police brutality at the Lekki toll gate in Lagos in Oct. 2020. The report calls the shootings “a massacre.”

Police also “shot at, assaulted and battered unarmed protesters, which led to injuries and deaths,” the panel found.

Eleven people — all males — were killed while four others are missing and “presumed dead” out of 48 persons identified as victims of the Lekki shootings, according to the report that has been submitted to Lagos Governor Babajide Sanwo-Olu.

The report has not yet been made public but The Associated Press has obtained a copy and confirmed the details with sources close to the panel, including one of its members.

“At the Lekki toll gate, officers of the Nigerian army shot, injured and killed unarmed, helpless and defenseless protesters, without provocation or justification, while they were waving the Nigerian flag and singing the national anthem and the manner of assault and killing could in context be described as a massacre,” says the report. 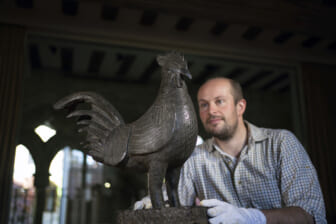 The conduct of the soldiers at the Lekki shootings was worsened by their “refusal to allow ambulances to render medical assistance” to the victims, says the report. It also accuses police of attempting to cover up the shootings at the toll gate in Lagos.

Some of those wounded at the Lekki shootings confirmed to AP the report’s descriptions of how the soldiers opened fire at the protest scene.

A spokesperson for the Lagos state government did not immediately respond to a request for comments.

Nigeria saw nationwide demonstrations against police brutality last year which demanded justice for those killed and arrested by police, especially by a unit known as the Special Anti-Robbery Squad, or SARS. In response to the protests, the government has disbanded the unit. Nigerians have long complained that officials are often slow to act on charges of police brutality and many officers accused of abuses have not been disciplined.

After two weeks of the protests, on Oct. 20 security forces were deployed to disperse the demonstrators following attacks by some hoodlums on government facilities and police stations.

In Lagos, Nigeria’s most populous city with more than 14 million people, soldiers were sent to the Lekki toll gate plaza where hundreds of protesters had gathered. After dark, hours after a 24-hour curfew was declared by the Lagos government, soldiers “shot blank and live bullets directly and pointedly into the midst of the protesters at the Lekki Toll Gate, with the deliberate intention to assault, maim and kill,” according to the report.

The shootings at the toll gate and in another part of Lagos resulted in the deaths of 12 persons, Amnesty International said after its investigations, but the Nigerian government and the army have continued to deny that anyone was killed by security forces at the toll gate. 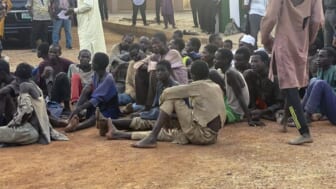 Weeks after the protest, the Nigerian army admitted that the soldiers were deployed with live ammunition, but it denied that soldiers fired on the protesters.

Most states in Nigeria set up judicial panels to investigate allegations of police brutality, but the Lagos government expanded the scope of its commission to probe the shooting incident at the Lekki toll gate and to award compensation to those who filed charges.

The panel awarded about $1 million in compensation to 70 people who filed charges that they had been victims of police brutality in the October demonstrations. Dozens of others have filed complaints but still await justice as those petitions have not yet been considered.

“We had 42 cases left out of about 250 … excluding the investigation of Lekki toll gate (shooting),” said a member of the panel, who spoke on condition of anonymity. The panel did not have time to consider the other complaints, said the panel member. “What we have done, there is no court in the world that will do it in one year.”

The panel recommends wide-ranging “holistic police reforms” including the creation of a standing committee “to deal with cases of violation of human rights by security agencies.” Lagos Gov. Sanwo-Olu said he has set up a four-member committee “to ensure we get to work on implementation” of the recommendations.

While much of the attention has been on Lagos, dozens of charges of brutality filed in at least nine other states had indefinitely postponed their proceedings, Amnesty International and petitioners told AP.