Associate Director-Counsel Janai Nelson is set to take over for Ifill this spring.

The NAACP Legal Defense Fund announced Wednesday that its president and director-counsel Sherrilyn Ifill will be stepping down from her post next year after serving as head of the prominent civil rights and legal organization for nearly a decade. 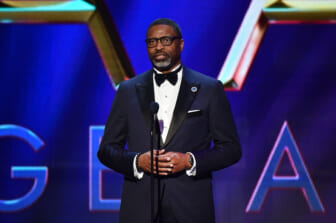 Ifill recently told the Washington Post her exit is neither retirement nor a “time of leisure.” Her office told theGrio Wednesday afternoon that she has signed a book deal with Penguin Press to write about “America’s ongoing embrace of white supremacy.”

The LDF announced that Janai Nelson, who now serves as associate director-counsel under Ifill, will take over for her as head of the organization sometime during the spring of 2022. Nelson, who has worked with Ifill for eight years, said she looks forward to advancing the racial justice mission her LDF predecessors have fought for throughout the organization’s eight-decade-plus history.

“It is the utmost honor to continue the work of those who came before me alongside the exceedingly talented team of lawyers, advocates, organizers, researchers, communications professionals, and administrative personnel that comprise LDF today,” Nelson said in a written statement.

Ifill is one of several prominent civil rights leaders who have spent much of this year applying political pressure to President Joe Biden’s administration to keep the promises it made to Black America during Biden’s 2020 campaign.

She was one of the multiple Black activists who met with Biden in July, urging him to take action against state lawmakers passing so-called voter integrity bills that critics argue are designed to limit minority voter turnout favoring Democrats in state and national elections, according to CNN.

The LDF credits Ifill with elevating its profile and helping the organization grow over the last decade. The group says its staff, annual budget and endowment increased “five-fold” during Ifill’s tenure.

“I think it’s not a small thing, the growth of the organization. If this was a private business, I’d be on the cover of Forbes magazine,” Ifill said. “We need the resources to do the work, and we need to be unapologetic about that.”