Kamala Harris ‘invisible’ narrative is not only false, but a deliberate campaign to diminish her

OPINION: It is incumbent on us all to stop sitting idly while a roof is being built brick-by-brick to replace the glass ceiling Vice President Harris has shattered 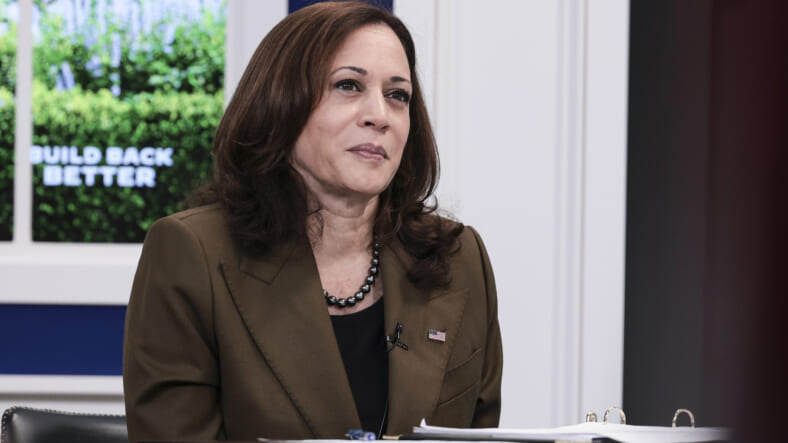 A new salvo in the campaign to diminish the standing of history-making Vice President Kamala Harris is to propagate the narrative that she is “invisible.”

Here are the facts: since her inauguration on Jan. 20, 2021, Vice President Harris has been a part of over 300 events. She has held an additional 116 private meetings with President Biden. The press has been present at gatherings with Vice President Harris over 330 times. Yet even as she embarked on a high profile (and ultimately successful) diplomatic trip to Paris last week, which included bilateral talks with President Emmanuel Macron of France, the media ran multiple stories falsely claiming that she was invisible.

Make no mistake about it, the media and Harris critics are not merely oblivious to her presence, they are refusing to acknowledge it. 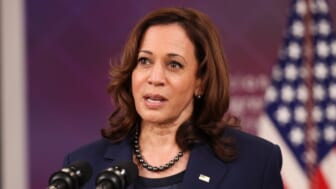 The “invisible” narrative manufactured by political opponents of Vice President Harris and boosted by the media does not square with reality. It is a deliberate and coordinated effort to erase and marginalize the significance of Harris’ presence and her contributions to the Biden-Harris administration. It serves to deny her credit for the successes while often suggesting that disappointments are due to her being missing in action.

By erasing her presence, Vice President Harris’ critics are relentlessly trying to harm her future prospects of capturing the Democratic presidential nomination.

Harris critics are fully aware that traditionally one of the major tenets of being vice president is playing a supporting role while not outshining the president. Her critics also know that historically the reward for being loyal deputy to the president has been becoming the frontrunner, if not the designated successor, for the party’s nomination. With both in mind, the media and critics have used the interest generated from the historic nature of Vice President Harris’ election as the first woman, Black person, and person of Asian descent, to set unrealistic expectations of her tenure.

Nevertheless, the portfolio Madam Vice President has taken the lead on has made it clear that she is stepping up to, not shying away from, high expectations and tough assignments.

Vice President Harris has a substantial portfolio that includes COVID-19 racial equity, voting rights, foreign diplomacy, broadband access, and the National Space Council. President Biden also credited Vice President Harris with playing an instrumental role in lobbying for passage of the $1.2 trillion infrastructure package. One can also see how several issues that Harris championed as the U.S. Senator from California are evident in the Biden-Harris administration spending priorities. 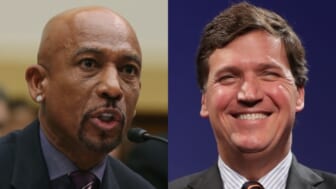 Historically Black Colleges and Universities (HBCUs) are receiving unprecedented levels of funding, the Black maternal mortality disparity is finally being addressed, and the child tax credit is being deposited monthly; all areas that Harris focused on both in the Senate and now the White House. The problem Harris faces is that the media that enjoyed a ratings boon from the dysfunction of the Trump train wreck has shown little appetite for substantive coverage intended to inform, not entertain, the public.

Competence is, frankly, too boring for the media, so it resorts to gossip rag and premature horse race coverage of the next presidential election.

What makes the false narrative that Vice President Harris is “invisible” so insidious, yet effective, is that it conveys the message “it’s not me, it’s her.” It simultaneously absolves the media from the harm it creates from refusing to offer substantive coverage of the vice president, and it stops the public from holding the media and themselves accountable for the tabloid and clickbait emphasis of political coverage.

Harris critics also know how tricky it would be to combat the “invisible” narrative without inviting severe backlash. Harris seeking a more prominent profile would be frowned upon in the West Wing, and lambasted by the same “invisible” peddling critics as too ambitious and self-aggrandizing.

While her critics want to convince the public that the attacks against Harris reflect a weakness, the attacks are actually a result of her electoral strength. In terms of prospective successors to President Biden, Vice President Kamala Harris is without peer in her electoral history. Prior to becoming the vice presidential nominee, then-Senator Harris received over 22 million votes in her three statewide and trailblazing wins; the most votes any prior vice presidential candidate has ever brought to their ticket. Together President Biden and Vice President Harris won 81 million votes, the most in history.

Just as her critics would have gleefully blamed Harris if the ticket had lost, she certainly deserves credit for being instrumental in the ticket’s success. Contrary to the assertions of supporters of other prominent Democrats, the best indicator for general election success is not the primaries; it is the general election. No Democrat other than Vice President Harris brings the success of garnering over 100 million votes throughout their career.

Do not believe that because this political landscape where “woke” is now a pejorative dogwhistle for anyone that believes in civil rights, anti-racism, and full citizenship for Black people, that Vice President Harris is being attacked because she cannot win. She is being attacked precisely because she has already won and can win again. Factions on both sides of the aisle are threatened by her proven ability to forge a winning multi-racial coalition. As a result, critics know that they have to work around the clock for the next several years to normalize the notion that unlike in the past, the incumbent vice president should not be the successor to the president.

While the racist and misogynistic attacks are the cudgel, the “invisible” smear is the scalpel trying to dismantle the legitimacy and significance of Vice President Harris. It is incumbent on us all to stop sitting idly while a roof is being built brick-by-brick to replace the glass ceiling Vice President Harris has shattered; not just for her sake but also for the sake of women and Black candidates that aspire to higher office. 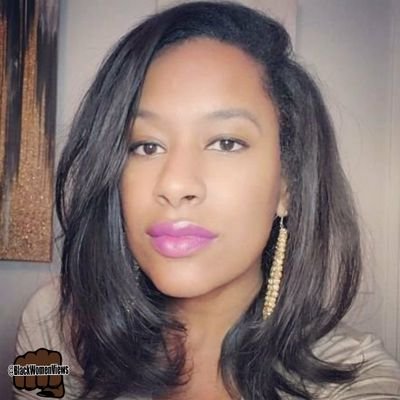 Reecie Colbert is a political commentator and founder of BlackWomenViews Media, a social media haven for the expressions of unbossed and unfiltered Blackness.She appears weekly on the Roland Martin Unfiltered Show and the Clay Cane Show on SiriusXM UrbanView.