The Kellogg Co. will reopen contract talks this week with its 1,400 cereal plant workers who have been on strike since Oct. 5.

This week’s session will be the first time the two sides have met since the beginning of the month when they were unable to reach an agreement after two days of bargaining. 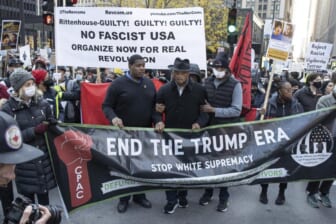 Since then, the company filed a lawsuit against its local union in Omaha and won a temporary restraining order that sets guidelines for workers on the picket line. The company complained that striking workers were blocking entrances to its cereal plant and intimidating replacement workers, but union officials denied any wrongdoing.

The strike includes four plants in Battle Creek; Omaha, Nebraska; Lancaster, Pennsylvania; and Memphis, Tennessee that make all of Kellogg’s brands of cereal, including Rice Krispies and Apple Jacks.

The company has been trying to keep its plants operating with salaried employees and other workers.