It started with the the pop legend posting Instagram photos of herself in cornrows.

Madonna is facing backlash over an Instagram post she made to acknowledge her recent V Magazine cover. The seven-time Grammy-winning singer is being accused of cultural appropriation, gloating about exploiting free labor and making light of domestic violence.

The Material Girl graced the cover of the V133 edition of V Magazine, with the title, “Madonna Forever.” Photographed by Steven Klein, the 63-year-old emulated “The Last Sitting,” Marilyn Monroe‘s final photoshoot before her death. Madonna took to Instagram with a series of posts thanking all of the creatives involved in the magazine shoot and story. 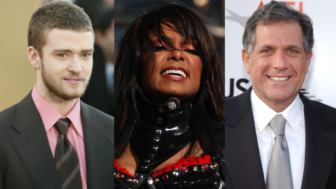 She wears cornrows in each of the photos in the post, motivating viewers to accuse her of being a culture vulture. One user, @justniahagain wrote, “this hairstyle is giving microaggression.”

Klein is in several of the post’s photos, including one in which he holds a knife to Madonna’s throat as she closes her eyes. Some felt that Madonna was callously making light of domestic violence. One such user, @Nate 9967 commented, “Madonna PLEASE do not pose with a person holding a knife to your throat – this is NOT a photo op – this is really bad!!”

The caption itself also drew ire for the suggestion that a presumably wealthy pop legend would exploit laborers. She wrote, “Proud of my collaboration with @stevenkleinstudio For @vmagazine and knowing that against all odds And with very little support from non artistic people who kept pushing back and the fact that we did it with almost zero budget we were still able to make ART!”

She continued, “Art is not dead if you have the strength to fight for what you believe in !! Thanks to all who did support us and slept on couches and worked long hours and for free all to support madame [red X emoji] who is not only here to disturb the peace but to keep Art alive I send you all a BIG kiss.” Numerous fans felt that with this caption, she was exploiting the fact that she got free labor for this elaborate photo shoot and magazine feature.

One user, @deloscobos wrote in the comments, “Sleeping on couches and working for FREE to support madame X???? Can’t believe It!!!!!! Sorry #madamex is reach!! She must support talent for emerging artist.”

Another user, @morvan_fovever, wrote “The definition of exploitation = People working for you for free in the name of “art”.”