Christina Burns plans to use more than $75,000 in funds raised in a GoFundMe page to cover the late six-year-old's medical bills and open a restaurant in his legacy

The viral “Where we bout to eat at?” internet star known as Antwain Fowler may be gone, but his mother is well on her way to raise enough money to open a restaurant in the six-year-old’s honor to ensure he’s never forgotten.

Fowler, who was diagnosed with auto-immune enteropathy in July of 2015, passed away on Sunday. His mother, Christina Burns, created a GoFundMe page in March to raise money for medical bills. In the wake of his passing, she wants to use the remaining funds to open a “Where We Bout To Eat At” restaurant to keep his legacy alive, according to TMZ.

As of Saturday afternoon, the page has received more than $75,000 in donations from an estimated 2,700 people.

Burns told TMZ the GoFundMe has received $22,000 since Fowler passed away less than a week ago. She said that money will be used to open the restaurant and $50,000 will go to her son’s outstanding hospital bills and other family expenses, according to TMZ. 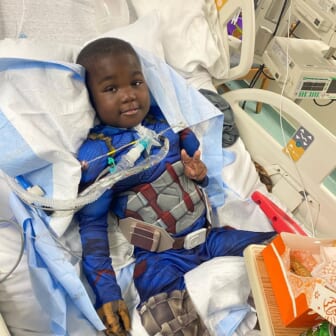 Burns told the entertainment news site that her son usually alerts family members when he’s in pain or is having trouble breathing. But she said Fowler went silent while at the family’s home on Nov. 21, before an alarm on his ventilator went off.

Emergency responders tried and failed to resuscitate Fowler at the house, she told TMZ. He was transported to a hospital where doctors ultimately failed to save him, the news site reported.

Fowler has endured more than 25 surgeries related to his illness since and had been in and out of hospitals for much of his tragically short life, according to his GoFundMe page.

A video clip of Fowler’s adorable face and voice went viral on social media in 2019 after he was recorded asking the camera person “where we bout to eat at?” 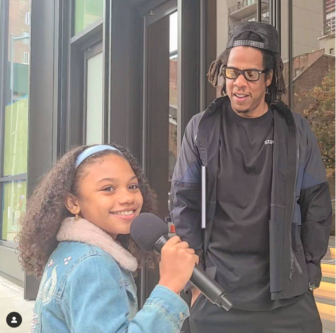 Also Read:
The next Oprah?: Brooklyn girl, 11, who interviewed Jay-Z in viral video aspires for own talk show

A version of the video on YouTube has been viewed nearly 25 million times.

Burns told TMZ Fowler was having the time of his life at a Miami ice cream parlor a week before he died. She said the COVID-19 pandemic made it difficult for her son to socialize, but the shop made special accommodations for the six-year-old, who smiled constantly while he was there.