The former players were the key figures in the history-making NBA brawl in Detroit.

Seventeen years ago, Detroit Pistons player Ben Wallace and Indiana Pacer Ron Artest, as he was known then, were on opposites sides of one of the biggest brawls in sports history. The Malice in the Palace, as the incident became known, was retold in the recent Netflix doc Untold: Malice at the Palace. 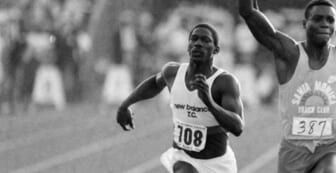 On Nov. 19, 2004, the Indiana Pacers and the Detroit Pistons squared up for an early-season game at Detroit’s Palace at Auburn Hills. The Pacers were on track to have a winning season that could possibly bring Reggie Miller his first championship in his final year in the league.

Instead, a brawl ensued with 45.9 seconds left in the game. After Pistons center Ben Wallace was fouled hard by Ron Artest, Wallace precipitated a fight between teams after he shoved Artest.

That should have been the end of it, but as Artest laid out on the scorer’s table to await the foul call, a fan, later identified as John Green, threw a soda that landed squarely on Artest. He charged into the stands along with Pacers players Jermaine O’Neal and Stephen Jackson and the situation turned ugly as fans and players fought with each other in several separate incidents.

As Malice at the Palace documents, the repercussions of the fight impacted all of the key participant’s careers. Artest received the longest suspension in NBA history at 86 games, and eight other players including O’Neal, Wallace, Miller, and Jackson were all suspended — ranging from 30 games for Jackson, 15 games for O’Neal, and one game apiece for Miller and others.

Time has mellowed the personalities involved. Wallace and Artest were photographed together at a Lakers/Pistons game in Los Angeles recently. Artest, who is now Metta Sandiford-Artest, was all smiles, posting a pic of the two on his Instagram account.

Wallace apparently has no hard feelings, according to his version of the events.

“The Pacers were beating us pretty good and it was near the end of the game when Artest drove to the basket for a layup and I blocked the shot,” Wallace told Detroit Free Press. “I overheard him tell the official that he missed the call and said, ‘Don’t worry, I’ll get him back.’ I grew up that when someone said they’re going to get you, then it’s on, you have to be prepared to handle your business.”

“I then went for a layup and he fouled me hard and was trying to pay me back. I reacted and pushed him and the arena was pretty charged. When that fan threw a drink on Ron, it was very disrespectful, and then things really got of hand when he went into the stands after that guy,” Wallace remembered.

“Things happen so fast and you just react. You never want to see things spill into the stands and have your fans get involved. We all took our punishment and fortunately, no one got seriously hurt. But I always admired the way Ron Artest played the game and the energy he played with on the defensive end. There was no real beef between us, it was just something that happened.”

Wallace, 46, is now an entrepreneur. He still lives in Detroit with his wife and three children and is the owner of Wallace Motorsports, a remote car racing company. He is also part-owner of the NBA G League’s Grand Rapids Drive franchise. 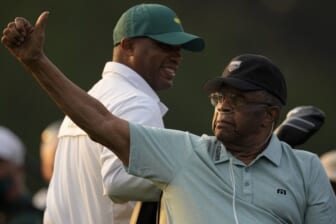 Sandiford-Artest, who changed his name from Metta World Peace to include his wife’s surname, won an NBA championship with the Lakers in 2010. Miller, one of the most prolific shooters in league history and who was named to the 75 greatest NBA players of all-time list his year, retired after the 2004 season without ever winning a chip.

Malice at the Palace trailer: