The Minnesota Legislature voted earlier this year to approve the creation of the 12-person group.

The Minnesota Legislature voted earlier this year to approve the creation of the 12-person group. Its goal is to raise awareness about how these cases have been handled by law enforcement and mainstream media, KARE 11 reports.

The number of missing Black women and girls in the U.S. is reportedly between 64,000 and 75,000, Richardson told KARE.

The new Minnesota Task Force on Missing and Murdered African American Women intends to spend the next year speaking with experts and gathering evidence and testimonies for a report that will include policy solutions and practical steps that could help solve cases of those missing and murdered women and girls.

“Me being here really proves that my life, my sister’s life, my daughter’s life, that it matters,” Lakeisha Lee of St. Paul, a member of the task force, told KARE. Her sister Brittany Clardy was murdered in February 2013 and her body was found in the trunk of her car three weeks after she was first reported missing, per the report.

“They said she had just turned 18 and that young girls run away, that they do that kind of thing,” Lee recalled. “But we knew what was wrong. I know my sister, I knew she liked to be online, and she always was someone who would answer her phone,” Lee said.

“The state of Minnesota’s not going to set back and look at the statistics and just say, ‘That’s too bad.’ The idea is it has to stop with us,” Gov. Tim Walz said. 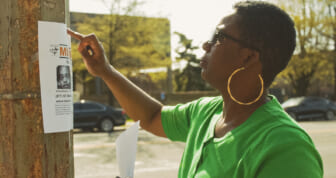 “I believe that the notoriety is already having an impact, it is calling the question and there are voices across the United States that are calling this question to say, ‘If not now, when?'” said Department of Public Safety Commissioner John Harrington.

Commissioner Harrington admits law enforcement and the media don’t often give equal attention to Black victims as they do other women or ethnic groups.