Rep. Alexandria Ocasio-Cortez said that members of the “GOP are given freedom to incite without consequence”

Rep. Alexandria Ocasio-Cortez (D-NY) on Wednesday accused House Minority Leader Kevin McCarthy of turning a blind eye to the “violent targeting” of women of color in Congress because he’s “desperate” to be House Speaker.

AOC was reacting to a threatening voicemail that Rep. Ilhan Omar (D-MN) received and made public in the wake of Rep. Lauren Boebert’s (R-CO) comparing her to a suicide bomber. In the voicemail, a male voice is heard threatening Omar and calling her a “jihadist.”

Omar shared the voicemail during a press conference calling for GOP leaders to address Islamophobia among its ranks, Mediaite reports.

“This kind of hateful rhetoric and actions cannot go without punishment. There has to be accountability. If and when the Republican conference fails to do so, it is going to be our job to do that,” she said. 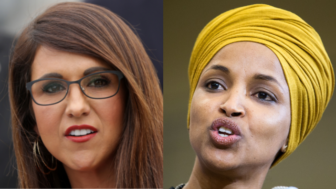 Ocasio-Cortez referred to House Republicans as the “Ku Klux Klan caucus,” in a tweet Wednesday morning, writing “People truly don’t understand the scale, intensity, & volume of threats targeting @IlhanMN Kevin McCarthy is so desperate to be speaker that he is working with his Ku Klux Klan caucus to look aside & allow violent targeting of woc members of Congress. This cannot be ignored.”

“While people toss out clichés like “we condemn all forms of racism & bigotry,” the fact is Islamophobia is far too often tolerated and ignored. Bigotry is not made unacceptable by what one says about it, it’s made acceptable based on whether there are consequences for it or not,” AOC added in a follow-up tweet.

Ocasio-Cortez said that members of the “GOP are given freedom to incite without consequence.”

“They don’t have to pay for the security required from their acts — we do. They make money off it,” she said. 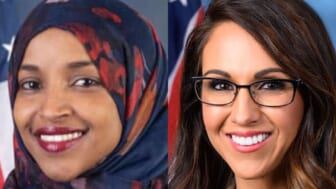 Boebert is catching heat after a viral video clip was posted by a Twitter account called PatriotTakes, in which she compared Omar to a terrorist, theGrio previously reported.

Boebert said she and a staffer were taking a Capitol elevator when she saw an alarmed Capitol police officer running toward them. She said she turned to her left and spotted Omar standing beside them.

In a statement on Friday, Pelosi and other top House Democrats responded by calling on Boebert to “fully retract these comments and refrain from making similar ones going forward.” They also demanded that Republican leaders “address this priority with the Congresswoman and to finally take real action to confront racism.”

Boebert apologized on Twitter on Friday for her anti-Muslim comments, saying, “I apologize to anyone in the Muslim community I offended with my comment about Rep. Omar. I have reached out to her office to speak with her directly.”