The creative director passed away at age 41 after a two-year battle with a rare form of cancer.

Kanye West, who was instrumental in Virgil Abloh‘s ascension to the heights of the fashion world, attended the last Louis Vuitton show for late designer in Miami Tuesday night.

The hip-hop star was accompanied by his estranged wife Kim Kardashian and their daughter, North West, who was rocking Abloh’s Pyrex Vision, TMZ reports.

Abloh passed away at age 41 after a two-year battle with a rare form of cancer called cardiac angiosarcoma, theGrio reported. Louis Vuitton announced on social media that the French fashion house would pay tribute to the beloved menswear designer by showing his last spring-summer 2022 collection in Miami Nov. 30.

Abloh was a frequent West collaborator, and ‘Ye dedicated his latest Sunday Service concert to his longtime friend with a rendition of Adele’s “Easy on Me” performed by the Sunday Service choir, theGrio reported.

Abloh worked with myriad A-List celebrities, many of whom paid tribute to him during the LV show titled “Virgil Was Here.” Kid Cudi walked as a model in the show and other notable guests included fellow designers Jerry Lorenzo and Don C, Quavo, Pharrell, Gunna, Lil Baby, 21 Savage, and Joe Jonas, according to the report.

The show featured “all-new looks from the brand directly inspired by the late creative director,” TMZ writes. Per the outlet, the LV show wrapped with a recording of Abloh’s voice saying, “Life is so short that you can’t waste a day subscribing to what someone thinks you can do vs. what you can do.”

“It is an honor for me to accept the position of men’s artistic director for Louis Vuitton,” Abloh said at the time. “I find the heritage and creative integrity of the house are key inspirations and will look to reference them both while drawing parallels to modern times.”

Several of Abloh’s celebrity friends posted touching tributes to him on social media after news broke of his death.

Kim Kardashian wrote, “God doesn’t make mistakes. I know that but I still can’t help but ask why. Why Virgil?! Why him so soon? it’s simply hard to understand why. I have a hard time understanding why so many pure souls were taken away so early.”

Pharrell Williams wrote on Instagram that his “heart is broken” following Abloh’s death.

“Virgil you were a kind, generous, thoughtful creative genius,” he wrote, adding that Abloh’s “work as a human” and “work as a spiritual being will live forever.”

“Sending love and light to your wife, children, family and day ones,” he continued, “you’re with the Master now, shine.” 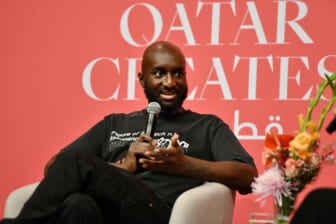 Ye wiped his Instagram clean in the wake of the tragic passing of Abloh.

Abloh is survived by his wife, Shannon, their two children, his sister and parents.