Taraji P. Henson and Celina Smith on ‘Annie Live!,’ returning to the stage and more

In an exclusive interview with theGrio, Henson calls Smith "the perfect Annie."

Annie Live!, NBC’s latest live musical, is on its way. theGrio sat down with lead actresses Taraji P. Henson and newbie Celina Smith and dived into the show, how rehearsals are going and what they’re most looking forward to in the anticipated production.

From The Wiz Live! to Hairspray Live!, NBC has produced live, Broadway-caliber musicals for years. While the COVID-19 pandemic put a halt to most of the theaters around the country, Broadway has officially opened back up as of this fall. Ringing in its return is Annie Live!, starring Henson as the iconic villain Miss Hannigan and Smith in the titular role. 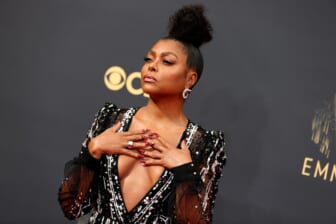 At the time of the interview, Henson and Smith could barely contain their excitement while discussing their rehearsals. Henson explained, “We just moved onto the actual stage where we will be filming and with the actual set pieces. I literally got to set and cried because, the first days of a theatre production you’re literally working in a black room with tape all on the floor…you can’t really visualize it.”

Henson said that once wardrobe, makeup, and set pieces were added, the rehearsals became “really fun.”

Smith, while a young actress, is no stranger to musical theater. She starred in the national tour of The Lion King as Young Nala. Annie Live! marks her first introduction to this beloved show, which she shared is “such a blessing.”

“Being introduced to Annie is probably the best things that ever happened to me acting-wise, and I am so excited and so grateful that I’m able to share this role!” Smith gushed. Henson chimed in, calling her “the perfect Annie.”

For Henson, the production is a return to the stage, which is what she calls her “home.”

“I always feel home on the stage. When I was second-guessing or questioning whether I was still in love with this thing called ‘TV and Film,’ I said, ‘the tell-tale will be how I feel when I go back to the stage,'” she said. Henson insisted that she still feels more comfortable doing theatre than she does on screen, a medium in which she has been incredibly successful.

“The stage is a spiritual place for me, it really is,” she shared. “I feel more at home in a theater on a stage than I do with the foreign cold camera looking at me.” 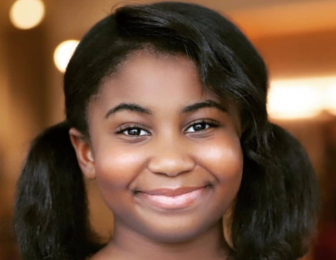 Both Henson and Smith both have certain numbers they’re excited for fans to see.

“When we were rehearsing ‘N.Y.C.’…there are so many elements in that number,” Smith said. “When I tell you it’s one of the most iconic numbers in the entire play…I am so excited for you to see it!” As for Henson, she is most excited for “Little Girls,” Miss Hannigan’s signature song. “I know everyone is waiting to see Miss Hannigan go off about these little girls!”