Lil Nas X, Normani, the City Girls and more were among the mega stars honored at the invite-only brunch which annually celebrates the music industry’s biggest and best of year. The esteemed event returned to an in-person format at the City Market Social venue in Los Angeles following the virtual ceremony of 2020.

22-year-old rapper and singer Lil Nas X on Saturday took home Variety’s “Innovator of the Year” award, adding to an already extensive list of accomplishments for the young artist in 2021, including landing all 11 songs on his debut album “Montero” on the Billboard Hot 100 chart.

“There could not be a more appropriate honor for Lil Nas X. He has embodied the spirit of courage while also representing the culture authentically and beautifully,” said R&B singer Chloe Bailey, who presented Nas the award in front of the standing-room-only crowd of 300 in attendance.

“Maybe once in a generation an artist comes along and literally changes the world for the better,” she added. “By being exactly who he is and commanding attention, by creating a universe that is both undeniable and exceptionally entertaining, he’s kicked in the door.”

“This year took a lot of mental strength from me to be able to keep pushing after my debut put me in such a high place so quickly,” Nas said. “I came out. I was myself. I did what I needed to do. I put effort into every single part of my career. I’m simply thankful for this award. I’m thankful for this year.”

“Thank you for my team. Thank you, Ron Perry. Thank you, Jack Harlow in the audience right now… Thank you guys, I love you,” he concluded. 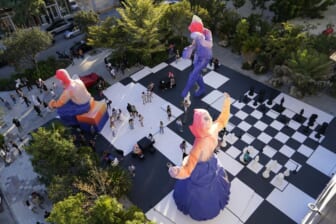 Also Read:
Lizzo, Cardi B wrap up over the top Miami art week

Another young phenom who left her mark on 2021 is R&B singer and dancer Normani, who was presented with Variety’s “Collaborator of the Year” award from her longtime friend and choreographer Sean Bankhead.

“This is really, really big for me,” Normani said, adding that she has had to grow into the spotlight during her rise as a solo artist since her days as a member of R&B group Fifth Harmony.

“I’ve always felt growing up, like, really, really overlooked. And I always had this fear of being seen,” she continued. “My mom would always ask me, ‘Why be in a girl group?’ She’s like, ‘Is it so you can hide?’ And I really feel like God clearly had other plans for me, and he made me uncomfortable, which was good because sometimes I get so in my head and, like Sean was saying, I’m a perfectionist, and I often get in my own way a lot of the time, but I’m just really grateful for the people surrounding me…” 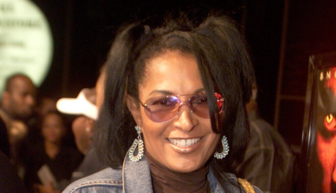 Hip-hop group City Girls has taken over the game since bursting onto the scene in 2018 with their hit single “Act Up,” and the duo on Saturday was recognized for their continued success this year with “The Future Is Female” award presented by Motown Records.

“We getting an award,” group member JT said while accepting the honor. “I don’t even know what to say. We getting an award. Thank you Variety, somebody recognized us,” she quipped, eliciting laughs from the crowd.

“…Sometimes it’s easy to lose sight when things [are] not happening as fast as you want it to happen,” she continued after thanking fellow group member Yung Miami before shouting out their support system. “But we have a team that stays on top of us. ‘Cause’ we are like, normal girls. Somedays we want to be rappers. Next day we want to be with our men.”

Record executive, manager and A&R executive Steven Victor was honored with the “Hitbreaker of the Year” award largely for his work on late rapper Pop Smoke’s posthumous releases “What You Know Bout Love” and “For the Night,” both featured on Variety’s list of the year’s 25 most-consumed songs.