Suspect in fatal shooting of Jacqueline Avant charged with murder

Police found Clarence Avant cradling the head of Jackie, his wife of 54 years, who later died at Cedars-Sinai Medical Center.

Aariel Maynor, the man accused of killing Jacqueline Avant last week in her home during a botched home invasion, has officially been charged with her murder.

“Mrs. Avant was a treasured member of our community. Her generosity and goodwill touched so many lives,” Gascón said Monday. “My office is working closely with the Los Angeles and Beverly Hills police departments in the investigation and prosecution of this case. We must continue to work together to hold accountable the people who commit violent crimes against our community.”

More details emerged in the case this week, including that Avant, 81, was shot three times in the abdomen after Maynor entered her family’s home by breaking a sliding glass door with a rock.

Her husband, acclaimed music executive Clarence Avant, 90, reportedly did not see the shooting, but he heard an argument followed by the gunfire. 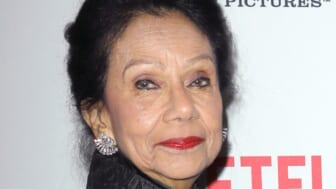 Additionally, The L.A. Times is reporting that when police entered the home, they found Mr. Avant cradling the head of Jackie, his wife of 54 years, who later died at Cedars-Sinai Medical Center.

A manhunt for Maynor began immediately after the shooting, and he was apprehended following an attempt to rob another home, where he accidentally shot himself in the foot. A watch commander on duty connected the similarities in the two robberies and quickly solved both crimes.

Jacqueline Avant’s death sent ripples across Black America, with both celebrities and their fans expressing dismay at the violent death of the elderly philanthropist in her own home.

“I’ve spent the day numbed and in shock. I can only imagine how the Avant family feels,” media mogul Oprah Winfrey wrote on Twitter last week. “Jacqueline Avant was the classiest, kindest, and most calming presence. The fact that this has happened, her being shot and killed in her own home, after giving, sharing, and caring for 81 years has shaken the laws of the Universe. The world is upside down. And deeply in need of some love today.”