The play is written by Charles Randolph-Wright, who has been hand-picked by Poitier's family to write the play

Broadway is officially back and with a slew of new plays. One of the latest to be announced is SIDNEY, which chronicles the legendary life of Academy Award-winner Sidney Poitier.

SIDNEY is based on Poitier’s best-selling autobiography The Measure of a Man, with a script written by Charles Randolph-Wright. Randolph-Wright, who wrote Blue and directed Roundabout Theatre Company’s revival of Alice Childress’ Trouble in Mind, was specifically chosen by the Poitier family to pen this script.

The family also picked a director for the project, Ruben Santiago-Hudson, who has directed projects such as the Tony-winning Broadway premiere of August Wilson’s Jitney, directed and starred in Lackawanna Blues, and more. 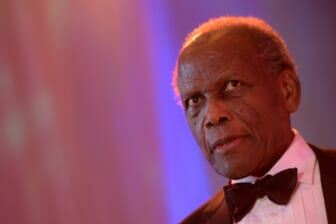 Per the official press release, SIDNEY “dramatizes Mr. Poitier’s life, from his upbringing on Cat Island in the Bahamas to his rise to become America’s most revered actor and activist. With his unique career, Sidney Poitier helped change many racial attitudes that had persisted in this country for centuries.”

Poitier is known for his work for social change and activism almost as much as his esteemed professional acting career.

Dr. Martin Luther King Jr., when paying tribute to Poitier in 1967, said “He is a man of great depth, a man of great social concern, a man who is dedicated to human rights and freedom.” The play promises to explore “the nature of sacrifice and commitment, pride and humility and the price for artistic integrity.”

Detailing an interaction between the late Poitier and the writer, Randolph-Wright shared in a statement, “The first time I met Sidney Poitier was decades ago when he saw a show I co-wrote and directed in Los Angeles. We went to dinner and I literally could not speak. He said to me, ‘If in any way I have inspired you, you have more than paid me back with what I saw this evening.’ I have held onto those words my entire career. And now to place his astonishing life on stage is the ultimate challenge and the ultimate joy.”

He continued, “To have the trust of Mr. Poitier and his family is one of the greatest gifts I have been given – what an honor to get to dramatize the true measure of this monumental man. I look forward to the world discovering the astounding person that is behind one of our most prodigious heroes, a man who continues to inspire.”

Santiago-Hudson also shared his excitement as director of the project. He said, “Sir Sidney Poitier is clearly one of the greatest actors in the history of cinema. His integrity and standard of excellence set the bar for generations to come. It is an honor to be a part of celebrating the incomparable Sidney Poitier’s monumental career in this play but also the man and his extraordinary life.”

Per the press release, casting, creative team, and a production timeline will be announced “at a later date.”