Alabama woman dies after being rescued from fire that killed granddaughter

Waniki Lushun Fox, 41, succumbed to her injuries at University of Alabama-Birmingham Hospital, two days after firefighters saved her life.

A family is mourning the loss of two lives after a grandmother rescued from her Alabama home following a raging fire early Sunday succumbed to her injuries days later.

Waniki Lushun Fox, 41, died at the University of Alabama-Birmingham Hospital Tuesday afternoon, two days after firefighters saved her life. Upon their arrival, firefighters were met by Fox’s son, who said he was able to evacuate but could not reach his family.

Fox and her 7-year-old granddaughter, Za’Niyah Fox, were found together in a bedroom on the main level and were both unresponsive. The child died from her injuries Sunday morning, according to AL.com.

A GoFundMe campaign has been launched to help the family cover their memorial services.

In its wake, Coleman is reminding families of the importance of sleeping with bedroom doors closed and having working smoke detectors in the home. Fox’s son, he said, was able to get out of the house after being awakened by a smoke detector.

Many fire departments and the American Red Cross distribute free smoke detectors. The Red Cross also has a printable worksheet on how to plan for a fire escape and how to practice home drills. According to the Federal Emergency Management Agency, “Three out of five home fire deaths result from fires in properties without working smoke alarms.” 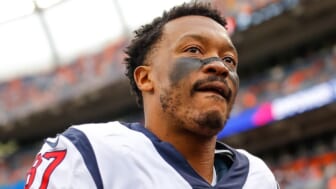 Additionally, more than one-third — a whopping 38 percent — of home fire deaths result from fires where no smoke alarms are present. The risk of dying in a house fire is cut in half in homes with fully functioning smoke detectors.

On her Facebook page, friends of Waniki Fox are sharing memorial tributes. One wrote, “My Heart Is Broken. My Friend/ Little Sister Waniki Fox Has Gained Her Wings. I Will Forever Keep You In My (heart emoji) & Treasure All The Good Times We Shared. Because You Were The Life Of Any Gathering We Attended. Asking That You Keep Her Mother, Children, Grandchildren & Her Family In Your Prayers. Rest In Paradise.”