As a member of the barrier-breaking Tuskegee Airmen, Brigadier General Charles McGee is, without doubt, a living legend. On Tuesday (Dec. 7), Vice President Kamala Harris gave a call to the legendary combat pilot, wishing him a happy 102nd birthday.

During a brief video call, Vice President Harris opened with glowing words by wishing Brig. Gen. McGee a happy holiday season, extending those thoughts toward his loved ones, along with the birthday wishes.

Harris made mention of the Cleveland, Ohio native’s upbringing, noting that he was the son of an African Methodist Episcopal minister, and enlisted into the U.S. Army one day after his wedding.

Harris issued the call on behalf of President Joe Biden and the entire administration, while applauding McGee’s service to the nation and how his story is an American tale of honor. 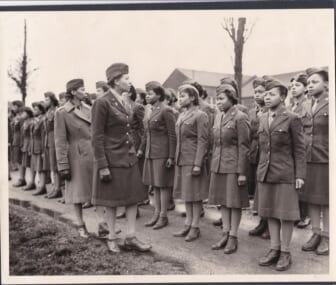 McGee, looking military sharp, accepted the honor and the well wishes, giving his best to Vice President Harris and her dearest ones as the holiday season approaches.

Born on Dec. 7, 1919, McGee enlisted into military service and moved on to the U.S. Army Air Corps. McGee became a member of the Tuskegee Airmen after earning his wings on June 30, 1943. During his tenure as a fighter pilot, McGee flew 409 combat sorties in three major wars – World War II, Korean War, Vietnam War.

McGee retired from the U.S. Air Force as a colonel in 1973 and obtained his college degree from Columbia College in 1978 at the age of 58. McGee was initially enrolled at the University of Illinois, but World War II took him away from his undergraduate studies.

In his post-military life, McGee served as the director of the Kansas City Airport and was a member of the Aviation Advisory Commission. McGee’s military honors are numerous, including two Legions of Merit, three Distinguished Flying Crosses, a Bronze Star Medal, and 26 Air Medals. He is also a recipient of the Congressional Gold Medal, issued in 2007 by President George W. Bush, and was elevated to his current rank in 2020 after being honored during the 2020 State of the Union.