Encanto is one of the biggest animated movies of the year, and pretty soon viewers will be able to watch it from the comfort of their own homes on Disney+. theGrio sat down with Jamal Sims, who choreographed the acclaimed film, as well as Kai Martinez, the animation consultant, and spoke all about the movie, choreographing for animated features and representation on screen.

Sims boasts quite the career in choreography and performance and is known for his work on major films like Aladdin (2019), Hairspray, Footloose, and guest judge appearances on RuPaul’s Drag Race. Sims shared his excitement in joining this project, especially working on a story so rich in culture. However, he revealed to theGrio that he insisted on bringing Martinez, an accomplished Colombian choreographer herself, with him as she added an authentic point of view when working on the dance style.

“I immediately called Kai Martinez, who is my beautiful Colombian assistant,” he shared. “I am so grateful that she happily came in and said yes…I could not imagine telling this story through movement without the authentic voice of somebody that grew up with parents that have danced this way, you know? Her grandmother danced this way.” 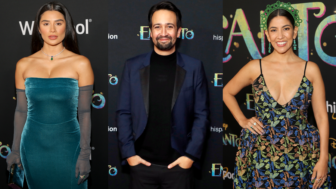 “I am first generation born Colombian-American, but I have been to Colombia several times,” Martinez shared with theGrio. Having grown up in a “very Colombian household” in Queens, NY, she said she was glad the entire creative team worked as hard as they did to bring in people to help tell the story authentically.

The entire project, she explained, was a collaborative one, with each of the dancers hired also being Latinx. “When we gave them a character they understood who the “auntie” is, they understood who the gossiping cousin is, because when you live it, you understand. You can pull from that…I think that representation and authenticity is so important,” she said. 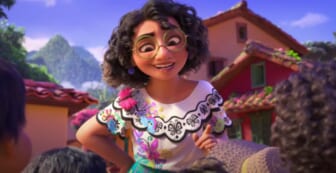 The process of developing choreography for an animated film is not so different from live-action films, Sims explained.

“It’s very similar to how we would do a live action film, the biggest difference is…we can overdo things that we probably couldn’t do in a live-action film,” he told theGrio. “The approach is very similar but with the imagination that we put into the final product, that’s the difference. We can go overboard.”

Animation also allows them to work on every single frame to make it look as accurate as possible. “I was able to go back in with the animators, and we worked for five months fine-tuning each movement, making sure it was specific to the timing…once I found out that the animation team was as meticulous and as obsessed with movement as we are, it was like a match made in heaven,” Martinez added.

Encanto will be available to watch on Disney+ on December 24.