Judge Michelle Odinet and others, thought to be her adult children, are heard narrating surveillance video using the N-word throughout.

The fallout continues after a Louisiana judge and her family were heard making racist slurs in a now-viral video.

In the clip, Lafayette City Court Judge Michelle Odinet and a mix of others — thought to be her adult children — are narrating surveillance video of the foiling of an alleged car burglary attempt in their home driveway early Saturday, the moment two of them wrestled suspect Robert Handy to the ground.

As previously reported, at one point, a male voice is heard saying, “And Mom’s yelling n****r, n****r,” to which another female voice responds: “We have a n****r. It’s a n****r, like a roach.” A voice says, “Lost his wallet,” as the man on screen is tackled to the ground. “That’s my phone where it fell out,” says another male voice.

“The dude had a phone on him,” a female voice chimes in, per CNN. “You should have taken his phone and stolen from him, that f**king a**hole.” “Go and get the gun,” says another voice. “It’s important, very important,” says a male voice as the video continues.

Now, one of Odinet’s children has been removed from the track team at Louisiana State University. Son Elijah Odinet has been taken off the squad; however, Kenny and Caroline Odinet remain on the LSU track team roster, according to The Acadiana Advocate, which broke the story.

“LSU track and field is a diverse group of student-athletes, coaches, and support staff, and we respect these differences because they make us stronger,” the university said in a statement posted Wednesday to Facebook. “We will never tolerate racism, and we will continue to do our part in the ongoing work toward its eradication — through educating ourselves, engaging with our community, and honoring the distinctions that empower us.”

Judge Odinet claimed that she had “zero recollection of the video and the disturbing language used during it” because she had taken a sedative. She told The Advocate it “highlighted and confirmed a suspected substance abuse issue our son is having,” adding, “We are taking the necessary steps to get our son the help and treatment he needs.”

According to KLFY, in his last press briefing of the year, Louisiana Governor John Bel Edwards was asked if Judge Odinet should resign, and he replied affirmatively. The Democrat said that while the judge, who is on unpaid leave, is reflecting “on what her next move should be,” she has “all but acknowledged that the words uttered in the video were hers.”

There is “no place for that kind of language among members of the judiciary,” he added, noting that Black defendants would likely want her to recuse herself from their cases. “And I don’t know that she’d have a valid basis for denying [those recusals],” said Edwards. “I believe she should resign, I hope she comes to that conclusion for herself.” 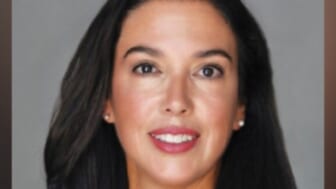 One Black defendant who pleaded no contest to Operating While Intoxicated (OWI) charges in Odinet’s court has asked for her to recuse herself from his case. He has been sentenced to probation, but Odinet would be responsible to review his probationary conditions.

“While a judgment of conviction has already been rendered pursuant to plea,” the motion states, “this case presents a particular circumstance where a biased and prejudiced judge will hold his future in her hands for the next two years.”