5 comedy specials to brighten up your holiday

As streamers continue to churn out quality comedy content, this season brings specials from the best comedians in the game. TheGrio has you covered with five that are perfect for holiday break binge-watching.

Also Read:
Nicole Byer slams Netflix after being left out of ‘Nailed It!’ promo: ‘Black women are a lot of times erased’

Saturday Night Live‘s Michael Che took a break from the “Weekend Update” desk to deliver one of this year’s biggest comedy specials. Michael Che: Shame the Devil is on Netflix now, showcasing the popular comedian in his first comedy special in five years, as he meditates on America, mental health, and more.

Michael Che: Shame the Devil is available to stream now on Netflix.

On the day of the special’s release, Byer expressed her gratitude in an Instagram post, as this marks the release of her first hour-long comedy special. “My 1st hour-long special is now streaming on Netflix,” she wrote to her followers. “I can’t express how happy and overjoyed I am with it. I have so many people to thank for working on and helping with it. Instead of listing them here watch the special and the end look at the special thanks part. I hope ya like it.”

Another special worth checking out is the latest from Aida Rodriguez. Fighting Words, described as a “hilarious, no-holds-barred exploration of identity and family, concludes with a documentary of Aida’s travels to Puerto Rico and the Dominican Republic – a celebration of these vibrant cultures as cameras capture Rodriguez reuniting with her estranged father and paying it forward for up-and-coming comedians.” 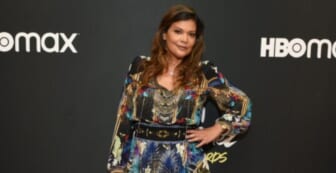 Also Read:
Aida Rodriguez opens up about her ‘cathartic’ comedy special, colorism in the industry and more

The comedian recently appeared on theGrio‘s “Acting Up” podcast with Cortney Wills. She opened up about the special in the episode, sharing, “I get my first comedy special. People told me that would never happen because of my gender, my or my ethnicity and my age, and I get it. And then coronavirus hit and we all sat down and the future looks so bleak. I [didn’t] know when this is going to happen. And so I just made a decision to start writing and documenting what was happening in the moment.”

Yearly Departed is back! After last year’s successful debut, the inventive comedy special that sees female comedians coming together to eulogize a calendar year has returned for another star-studded edition. This year, Insecure‘s Yvonne Orji is the host, stepping into the role originated by Phoebe Robinson.

Yearly Departed is available to stream now on Prime Video.

The latest reason to get a Peacock membership is Joyelle Nicole Johnson‘s latest special, Love Joy. The comedian’s new special was shot on her 40th birthday at The Bell House in Brooklyn, New York. The special, “addresses relationship issues from the familial to the familiar,” and sees Johnson stating her case for why everyone “needs to Get. Therapy.”

Love Joy is available to stream now on Peacock.