OPINION: Black prep stars’ renewed interest in HBCUs and recent rule changes by the NCAA are upsetting fans of the status quo.

The nerve of them! They clearly don’t know their place in college football’s billion-dollar industrial complex. The top talent ALWAYS congregates at the most prominent universities with the highest profiles. Power 5 conferences consider it their birthright to monopolize the crème de la crème. It’s a time-honored tradition, one that dates to integration’s baby steps. 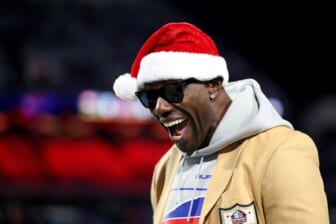 Also Read:
Terrell Owens on Travis Hunter: ‘There’s not a white coach that can go into a Black man’s home and do what Deion did’

Yes, a very long time ago (1969), No. 1 Texas played No. 2 Arkansas in the “Game of the Century,” with nary a Black player on either roster. Yes, one week earlier, all-Black Florida A&M beat virtually all-white Tampa in a veritable groundbreaker. And, yes, the turning point by Hollywood’s measure was way back in 1970; USC, the first fully integrated team to play in Alabama, clobbered Bear Bryant’s boys, and the Crimson Tide subsequently revised its admissions policy.

A new custom took root around the country, including in the laggard deep South. An aggressive, invasive species choked the fertile soil at HBCUs that had produced generations of athletes once forbidden to attend college elsewhere. Given that evolution, we figured powerbrokers would be astounded if a school like Jackson State flipped the script and landed a player like Hunter, the nation’s top recruit.

We just didn’t know they’d be this shook.

But a few recent recruits who could’ve played anywhere have chosen HBCUs. And a growing number of prep stars who wouldn’t have considered HBCUs a few years ago are giving them a closer look. Hunter’s decision to reject Florida State has caused yet more caterwauling from the establishment, already howling about other changes to the system over the past year. Now, players enjoy rights previously reserved for coaches—like earning endorsement deals and changing campuses with ease—and the bosses are pissed.

With news of Hunter’s decision dominating signing day, Clemson coach Dabo Swinney took aim at the NCAA’s relaxed transfer rules, which allow players to switch schools and play right away. “It’s crazy, it’s really sad, to be honest with you,” he said. Swinney didn’t offer an opinion on his and his brethren’s ability to switch schools and coach right away. We presume he’s in favor.

Ole Miss coach Lane Kiffin said he’s not bothered by players’ new ability to make money off their personal brand. But he sounds like the critics “worried” that players are incapable of handling compensation—or negotiations. “I really hope for these kids they’re getting all the money they’re being promised at these schools,” Kiffin said. Not saying that’s a faux concern, but sure: We hope everyone honors their commitments. 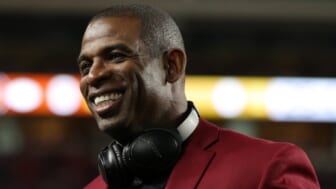 The recent developments were bad enough from management’s perspective. But a Power 5 school losing the No. 1 recruit to an HBCU is blasphemy. Fans of the status quo promptly showed their true colors: fiery orange, raging red, and snow white.

Fox Sports Radio’s Doug Gottlieb called Hunter’s move “an obvious mistake,” not simply football-wise, but because “any person would prefer to be a UGA, FSU, Texas A&M alum for help in the workforce.” Florida State fans who “loved” Sanders for past feats and “loved” Hunter in anticipation began dragging the two on social media before the announcement ended. The day before, FSU coach Mike Norvell signed a contract extension; the day after, fans called for his firing.

But kudos to Norvell for responding like a reasonable adult after Hunter’s stunner. He called on fans to “respect decisions and celebrate accomplishments” as athletes “live out a childhood dream of signing a scholarship.” Considering how Hunter’s name recognition and value have skyrocketed since he picked Sanders and JSU, the move made business sense. And, of course, it makes cultural sense, even though Hunter always envisioned himself at Florida State. “It’s a dream that is hard to let go of,” he said in a statement. “But sometimes we are called to step into a bigger future than the one we imagined for ourselves.”

Especially when the powers-that-be have such limited imaginations regarding top recruits and their proper place. 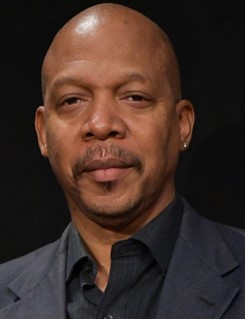