First reported by The Chicago Sun-Times, Rush said he plans to remain active in his ministry and inspire younger generations.

Democratic Illinois Rep. Bobby Rush has announced that he is ending his political career after his 15th term in Congress.

First reported by The Chicago Sun-Times, Rush said he plans to remain active in his ministry and to use his life story to inspire younger generations. The decades-long legislator is also the pastor of the Beloved Community Christian Church of God in Christ, which envisions itself as a multicultural, intergenerational, family-focused, ever-expanding community of believers who serve God diligently, dynamically and daily.

The 75-year-old ex-Black Panther and former Chicago alderman told journalist Lynn Sweet that his decision came not long after a conversation with his 19-year-old grandson, who expressed interest in learning more about his life.

He is, so far, the 24th Democratic member of Congress who will not seek re-election this year. 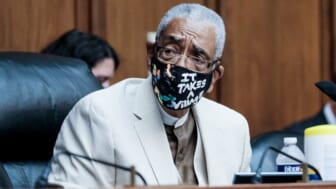 According to the Sun-Times, Rush’s district is so densely Democratic, it is all but inevitable that it remains blue.

Rush is expected to make the announcement Tuesday at Roberts Temple Church of God in Christ, which is where the funeral for 14-year-old boy Emmett Till was held in 1955, a death that was a clarion call for the beginning of the modern civil rights movement.

The congressman has worked actively to pass a federal anti-lynching bill named after the slain teen, an effort that’s been repeatedly blocked in the Senate. The bill, which currently has 179 bipartisan co-sponsors, has passed in the House, most recently in 2020, but the objections of one Republican senator — Rand Paul of Kentucky — has kept it from becoming law.

In March 2012, Rush wore a hoodie on the floor of the House of Representatives in honor of the shooting death of 17-year-old Trayvon Martin, who was killed by a member of the neighborhood watch in his Sanford, Florida community. Rush pulled the hood over his head and said, “Racial profiling has to stop. Just because someone wears a hoodie does not make them a hoodlum.” He was escorted off the House floor. 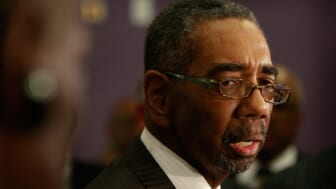 Elected to Congress in 1992 after serving as an alderman in Chicago for eight years, in 1999, Rush ran to be the city’s mayor, but was defeated by Richard Daley in a re-election battle just weeks after his 29-year-old son, Huey (named after Black Panther co-founder Huey P. Newton), was shot and killed, prompting the lawmaker’s passion for gun control.

Congressman Rush is currently a member of the House Agriculture Committee and the Energy and Commerce Committee.