The music legend said she felt "guilty by association" over the allegations of her older brother Michael.

Lifetime’s forthcoming Janet Jackson documentary JANET JACKSON. looks to dive deeper into the life and career of the Rock and Roll Hall of Famer than ever before. The trailer reveals that Jackson will speak on her feelings surrounding the criminal accusations of her brother, Michael Jackson.

In the extended trailer, Jackson is heard being asked if Michael’s allegations affected her “career-wise.” Janet responded, “Yeah. Guilty by association, ’cause that’s what they call it, right?” 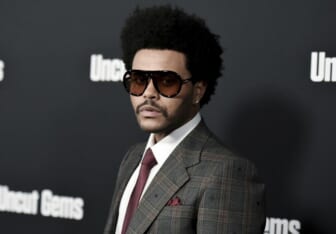 Michael, the late multi-platinum-selling singer and songwriter, was accused multiple times of child molestation in the latter part of his life. The first came in 1993 when Michael was accused by Evan Chandler and his 13-year-old son Jordan. Michael settled out of court in 1994. In 2003, Michael was arrested for child molestation and intoxication of a minor; he went to trial and in 2005 was acquitted of all charges.

Through the process of Michael’s legal troubles, Jackson always expressed her support for her big brother. In 1995, Janet wore a shirt that had “Pervert 2” written on the back at the MTV Video Music Awards when the two accepted their award for Best Dance Video for “Scream.” Janet was also a constant presence at Michael’s 2005 trial, whose footage is shown in the trailer.

Although Jackson paid tribute to Michael following his 2009 death at the BET Awards and the MTV VMAs that directly followed, she hasn’t spoken about her brother much since. In the trailer, she’s asked who she’s closest to in her family. Jackson answered, stoically, “Randy…and Mike.” Jackson is also heard asking her mother, Katherine Jackson, “How do you feel talking about Mike?” Katherine replied, “I can’t.”

Throughout his lifetime, Michael, a 13-time Grammy winner, spoke fondly of the kinship with his five-time Grammy-winning kid sister.

In his 2003 Fox special, Michael Jackson’s Private Home Videos, Jackson is seen several times with Michael at his Neverland Ranch engaging in water gun fights, sitting together at a magic show and buying a boat for their father, Joseph. Michael said that he and Jackson “think so much alike” and that he listened to her music while doing his at-home dance rehearsals.

Several other prominent figures in Jackson’s life and career were also interviewed for JANET JACKSON., including her friend and collaborator Missy Elliott, rapper/producer Q-Tip, producer and former boyfriend Jermaine Dupri; as well as her family members, like her brother Randy and her oldest sister Rebbie. 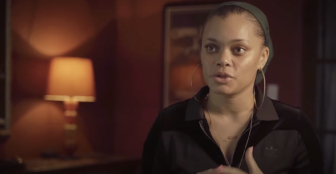