Why do we keep coddling Kyrie Irving?

OPINION: The Brooklyn Nets' decision to let the unvaccinated All-Star play part-time for road games is neither fair to fans nor fellow NBA players 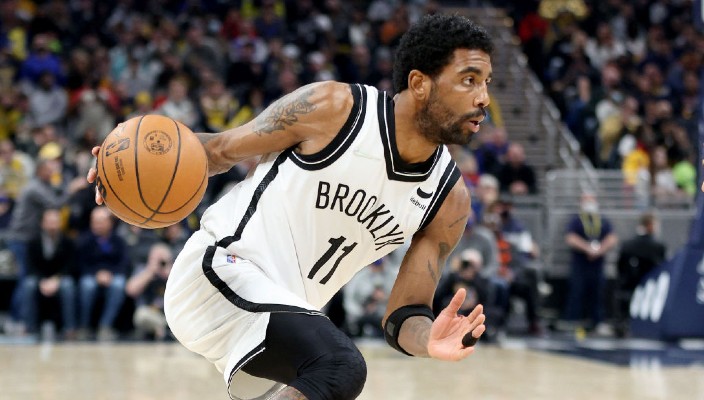 Kyrie Irving of the Brooklyn Nets dribbles the ball during the game against the Indiana Pacers at Gainbridge Fieldhouse on January 5, 2022 in Indianapolis, Indiana. (Photo by Andy Lyons/Getty Images)

It’s never been easy to be a Nets fan. With the exception of the Jason Kidd years and a few flashes of greatness before and since, they have far more often been a perennial punching bag since entering the NBA in 1976 instead of a consistent championship contender.

That was all supposed to change when Kyrie Irving came to town. Sure, he had a reputation for being unpopular in the locker room and a penchant for making flaky claims like the earth is flat, but he was an undeniably game-changing talent with likely many more phenomenal years ahead of him as long as he could stay healthy. 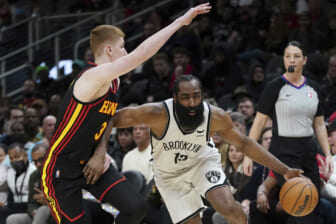 Once future Hall of Famers Kevin Durant and James Harden were added to the fold, the question became not so much if the Nets would win an NBA championship, but how many. But a funny thing happened on the way to all those theoretical rings. Irving’s towering ignorance around the issue of COVID-19 and vaccine mandates has put the entire team’s future in jeopardy, which is a pretty big sacrifice to one player’s inflated ego.

Until this week’s road game in Indiana, Irving had sat out the NBA season and will continue to not participate in any hometown games because of New York state’s eminently reasonable rules about getting vaccinated for COVID-19. Irving and his defenders (unsurprisingly, he suddenly has a lot of right-wing fans) have routinely cited bodily autonomy as an excuse.

“Nobody should be forced to do anything with their bodies,” Irving has said. This, of course, ignores the fact that in our daily lives, pretty much since birth, we are forced to do things with our bodies. Especially when it comes to the health and safety of our fellow citizens.

I may want to drive down the block after consuming an entire bottle of Jack Daniels, but “The Man” has decided that, as much as I might enjoy being drunk, the other drivers on the road might be put in harm’s way.

But let’s put aside, for now, the undeniable fact that vaccine mandates are both not new and have proven to be widely effective at curbing the spread of infection. Let’s ignore for a moment the fact that these mandates are a PUBLIC HEALTH MEASURE to curtail a very real virus that has killed more than five million people worldwide in just under two years, not some evil plot to put tracking devices (that don’t exist by the way, unless you count your smartphone) into our bodies.

Let’s say in Irving’s case that he shouldn’t necessarily have to care about you or me. But he does play in a team sport and he has essentially implied that he is putting himself and his preferences above that of his presumably fully vaccinated teammates.

At least publicly, Nets coach Steve Nash and his teammates have backed his point of privilege — much like they excused his more legit frequent absences last season — but to the diehard Nets fan or the casual observer, it’s hard to see why.

They seem to be treating Irving like the Democratic Party tries to manage Joe Manchin. They need him and therefore they are forced to indulge his whims for fear that he is so fickle that he might become a Republican overnight and dash their hopes of accomplishing anything.

But Irving has not demanded a trade, nor threatened to retire. The Nets have performed well without him, hovering at or near the top of the Eastern Conference since the season began. It’s not as if road games count more than home ones, and for what it’s worth, the Nets have been better on the road than in Brooklyn this season anyway.

Irving’s presence would no doubt be helpful, and perhaps even essential during a playoff run, but his career to date has been defined just as much by his toxic personality as it has his play on the court. And yet, his promise as a superstar player has always been substantial enough to paper over his problematic tendencies.

This is all very reminiscent of the excuses many of us used to make and some still do for Kanye West. His musical talent and personal eccentricity are held up as an excuse for selling merch with the confederate flag on it, embracing a white supremacist president and arguing that slavery was a “choice,” among other transgressions. 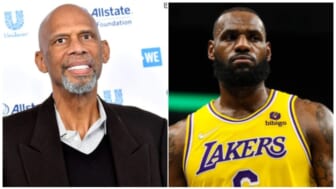 Of course, he can be both a musical genius and a political ignoramus, just as Irving can be one of the best players in the game and one of the worst teammates.

This week, Irving actually had the audacity after his first outing in uniform this season, to claim that “I don’t want to make it simply about me and someone lessening the rules for me.” But that is precisely what is happening. To be clear, the NBA hasn’t required its players to be vaccinated but has instituted rigorous protocols, including game-day testing and required isolation after exposure and infection.

However, Irving must know that New York City and the state have been consistently one of the hardest-hit areas in the country by COVID. So it makes perfect sense that more mandates have been put in place to prevent the further spread of the virus and its hospital system from getting overwhelmed again.

Not unlike NFL quarterback Aaron Rodgers, who misled the media and his fellow players by claiming he’d been “inoculated” against the virus when of course, he wasn’t — Irving is stealing focus from everyone else on his team, who presumably he thinks are a bunch of lemmings — not to mention the 97% of all NBA players who have gotten vaccinated. And he is being rewarded for this behavior with a carve-out that allows him to continue being paid as a part-time player.

Because he has chosen to go unvaccinated, every time he takes the court, he poses far more of a risk to expose others and himself to the disease. The Nets, and the rest of the NBA, has already been rocked several times by breakthrough infections, and luckily, the fallout wasn’t more severe because his teammates had some level of protection from the virus. Irving, as far as we know, has forgone any treatment, choosing instead to roll the dice in a contact sport that forces you to do all sorts of things with your body, including sweat profusely on your fellow players.

So, from simply a health perspective, what he is doing is irresponsible, selfish and potentially dangerous.

The overwhelming majority of NBA players — given their youth, stamina and access to medical care — will likely overcome any bout with the disease, but many have unvaccinated children, elderly family members or other vulnerable people in their lives who aren’t as lucky.

Irving has stopped short of going fully anti-vaccine, which puts him firmly in the “I’m just asking questions” camp of high-profile, influential equivocators who create doubt about their efficacy while maintaining an air of neutrality. Still, he doesn’t deserve praise for not being Majorie Taylor Greene.

We expect so much of professional athletes, and whether that is entirely fair is a conversation for an entirely different column. However, the inescapable reality is that because of the platform he enjoys as an NBA All-Star, Irving’s actions impact the public at large and more specifically, his teammates, whether he’d like them to or not.

Basketball has always exalted its superstars but the true legends are remembered for their unselfish play and their ability to elevate the talents of the players around them as well as themselves. And Irving’s prolonged indecision about whether to accept a free vaccine won’t be remembered as a courageous act of resistance, but as yet another example of him being coddled for being a crummy teammate.

Irving has said “everybody is entitled to do what they feel is what’s best for themselves” and that he is “about being true to what feels good for me.” And that may be absolutely true. But he shouldn’t be surprised if what he thinks is good for him now will forever be bad for his legacy. 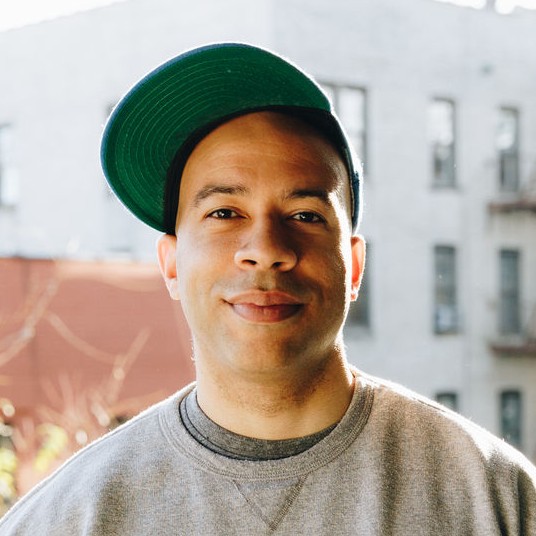