"She has earned her spot; she deserves it," said Brittany Bowe of Jackson, who slipped on the ice at Friday's qualifying race.

Erin Jackson had been dominating the 500m speed skating rankings all season and was the event’s No. 1-ranked skater. However, on Friday, at the qualifying race at Pettit National Ice Center in Milwaukee, an unfortunate slip on the ice caused her to finish third behind Brittany Bowe and Kimi Goetz.

Since only two U.S. women are guaranteed a trip to the 2022 Beijing Winter Olympics, Jackson’s dream was now out of reach. Until Bowe, her friend and teammate, gave up her spot — to Jackson.

“It’s the right thing to do,” Bowe told NBCSports.com. “There’s not a doubt in my mind that she wouldn’t do the same thing for me.”

Bowe qualified for two other events in the U.S. Olympic Speed Skating Trials and will head to her third Olympics in Beijing. This will be the first Olympics for Jackson.

“I couldn’t turn my brain off,” she told NBC Sports. “It’s been really stressful, just kind of being in limbo for so long.”

She got a call on Sunday morning from Bowe, who told her of her decision to give up her spot in the 500m. The call, Jackson shared, gave her “really overwhelming emotions.” 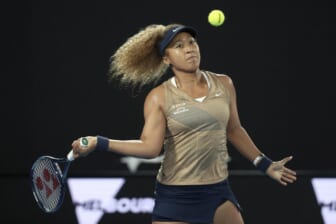 “Just for her to do something like this for me, it’s amazing,” she said. “I’m just incredibly grateful. I’m really humbled, and she’s just an amazing person.”

Bowe said she made the decision when she got a call reminding her to attend a champagne celebration from the U.S. Speedskating team: “I couldn’t have had a celebratory time without Erin.” But she said as soon as Jackson had her slip-up on the ice, the idea popped into her head.

“In my heart, there was never a question that I would do whatever it took if it came down to me to get Erin to skate the Olympics,” Bowe said. 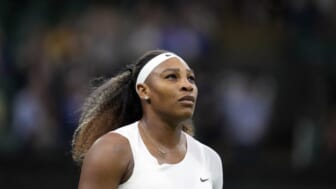 Also Read:
Serena Williams opts out of Australian Open: ‘Not where I need to be physically’

“It’s just the spirit of the Olympics and being a great teammate,” she said, “and yes, it’s bigger than just me. It’s Team USA. Erin has a shot to bring home a medal, hopefully, a gold medal, and it’s my honor to give her that opportunity.”

Jackson has been skating since she joined an inline skating club in Ocala, Florida. She was the first Black woman to win the speed skating World Cup in November. If she wins in Beijing, she will be the first American woman to win the 500m gold medal since Bonnie Blair won the last three titles in 1994.

Shani Davis is the most successful Black male speed skater in history. He has won four Olympic medals, including two golds.