The comic-actor, best known for his role as Danny Tanner on the ABC series "Full House," had become a pop culture icon over the years.

The announcement that comedian Bob Saget died Sunday at the age of 65 sent ripples through the entertainment industry — and his sudden loss was noted by famous friends.

The comic-actor known for his role as Danny Tanner on the hit ABC series Full House and as the first host of America’s Funniest Home Videos, Saget had, over the years, become a pop culture icon — particularly for scene-stealing appearances in the 1998 stoner classic Half Baked and on HBO’s Entourage.

Saget had performed stand-up Saturday night in Ponte Vedra Beach, according to TMZ. His death was confirmed by the Orange County Florida Sheriff’s Office Sunday on Twitter.

“Earlier today, deputies were called to the Ritz-Carlton Orlando, Grande Lakes for a call about an unresponsive man in a hotel room,” their tweet read. “The man was identified as Robert Saget & pronounced deceased on scene. Detectives found no signs of foul play or drug use in this case.” 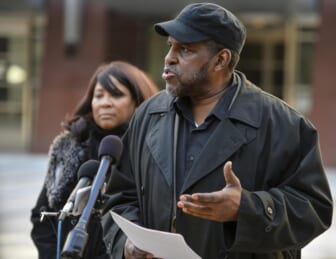 “We are saddened to hear about the passing of the great @bobsaget. Our thoughts are with his friends and family at this time,” the official AFV Twitter page wrote on Sunday. Now hosted by Alfonso Ribiero, it has become ABC’s longest-running primetime entertainment show.

“Sail on my friend Bob Saget With your huge heart and abject lunacy,” actress-comedienne and The View co-host Whoopi Goldberg tweeted, sending “condolences to his daughters & other family.”

“Beautiful Bob Saget passed away today at 65,” tweeted fellow funnyman Jim Carrey. “He had a big, big heart and a wonderfully warped comic mind. He gave the world a lot of joy and lived his life for goodness’ sake.”

Mary-Kate and Ashley Olsen, now 35, the twin girls who, together, played his youngest daughter, Michelle Tanner, on Full House, said of his death: “Bob was the most loving, compassionate and generous man. We are deeply saddened that he is no longer with us but know that he will continue to be by our side to guide us as gracefully as he always has.”