A Houston deputy will be terminated after making offensive comments about Ahmaud Arbery on Facebook last week.

Deputy Paul Urhahn, a 20-year veteran of the Houston County Sheriff’s Office, is being heavily criticized for his social media comments about Arbery, 13 WMAZ reports. In a now-deleted Facebook post on Friday, Urhahn wrote “That criminal Arbery still got the death penalty though.” He was responding to a post on the page of WGXA.tv, a Macon, Georgia TV station, about Arbery’s convicted murderers being sentenced for their crimes.

The comment was deleted, but screenshots captured Urhahn’s statement. The resulting backlash and condemnation — by those on Facebook and in Houston activism circles — were swift.

“If these allegations are found to be true, I agree that he should be removed from office,” said Jonathan Johnson, Houston County’s NAACP chapter president.

Activist Eli Porter was similarly outraged. He told WGXA, “That deputy represents that entire department, and for him to say something like that — I’m just … it got under my skin.”

An investigation was launched on Monday, and Houston County Sheriff’s Office Chief Deputy Billy Rape shared that Urhahn would be fired for violating the code of conduct, specifically discrediting the department and conduct that leads to the loss of public respect and confidence. He was dismissed from his duties by Sheriff Cullen Talton in a letter. 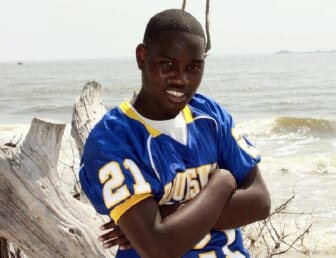 “He is suspended pending termination,” according to Rape, who said Monday that Urhahn “had 10 working days from today through the 20th at 5 p.m. to file for an appeal hearing.”

His firing will be effective in one week.

Urhahn’s offensive contention is not the first time he has run afoul of the sheriff’s department. Rape claims the deputy was allegedly captured using a derogatory word against a young Black woman on a doorbell camera in 2020. Officials could not substantiate that, he said, so no action was taken.

The response to his latest conduct is because of “the destruction of public respect for himself and our department through all of the social media outrage,” said Rape. 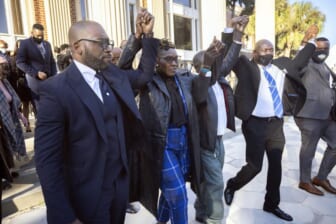 Porter was encouraged by Urhahn’s firing, maintaining that it showed the community that “the sheriff’s office does not stand with what Paul said.”

Arbery, an unarmed Black man, was killed in Feb. 2020. The 25-year-old man was jogging in the Georgia city of Brunswick when a white father-son duo Travis and Greg McMichael began to pursue him in their car, telling authorities they believed he was a burglar. William “Roddie” Bryan, 52, a neighbor of the McMichaels, joined in on the chase and began to film the encounter. Travis, 35, shot Arbery at close range, killing him.