Baltimore’s top prosecutor Marilyn Mosby has been indicted on federal charges of perjury and making false statements with a series of financial transactions.

The 41-year-old state’s attorney allegedly claimed that she experienced financial hardship due to the coronavirus pandemic to get an early withdrawal from her retirement savings, funds she supposedly used to purchase a condo on Florida’s Gulf Coast and another property near Orlando.

According to The Baltimore Sun, local prosecutors have also alleged that Mosby lied on a mortgage loan application by hiding outstanding federal tax debt. Further, she is accused of agreeing to rent the home near Kissimmee, Florida, despite a promise not to, reportedly to get a lower interest rate.

Mosby has been charged with two counts of perjury and two counts of making false statements on mortgage loan applications, a total of four felonies.

When applying for loans from the City of Baltimore’s Deferred Compensation Plan in May and December of 2020, Mosby indicated she had “experienced adverse financial consequences,” however, Baltimore’s top prosecutor had a gross income of $248,000 — an increase of $10,000 from the year before. She received nearly $90,000 in loans from the account, then used the money to purchase the two homes without disclosing that she owed more than $45,000 in back taxes, according to CNN. 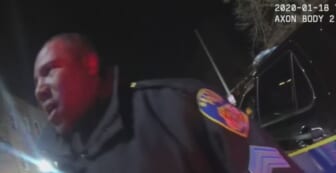 The charges come after a nearly yearlong, in-depth investigation into Mosby’s finances and those of her husband, Nick Mosby, who serves as Baltimore City Council president. He has not been charged.

Mosby’s lawyers expressed assurances that she would emerge victorious.

“I remain confident that once all the evidence is presented, that she will prevail against these bogus charges — charges that are rooted in personal, political and racial animus five months from her election,” attorney A. Scott Bolden said in a statement. 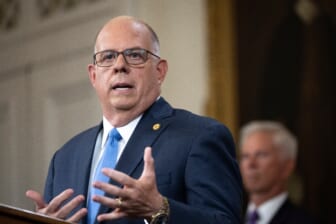 Bolden described the case as “a far cry from criminal tax evasion and tax-related charges that were at the heart of this federal investigation. More importantly, Ms. Mosby has never lied or made a false statement in connection with the allegations contained in the charging document.”

Marilyn Mosby became known on the national scene after charging three Baltimore police officers in the death of Freddie Gray, a 25-year-old Black man who died of severe neck injuries he suffered after being shackled and handcuffed in the back of a police van in 2015. The charges were eventually dropped in 2016 with no convictions. 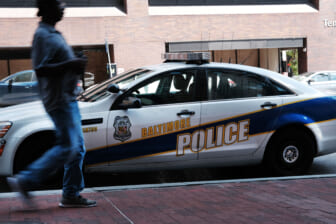 Civil rights leaders have alleged the charges against Mosby are biased, contending that she was being targeted for her progressive policies. In October, attorney Benjamin Crump and other leaders decried the investigation. “Every elected official should be investigated when it comes to criminality, corruption and ethical lapses,” Crump said. “However, it is well documented that Black lawmakers and politicians are disparately targeted, investigated and probed.”

Despite the charges, Marilyn Mosby is making a re-election bid this year.