Nearly 4 calendar years have passed since the last measurable snowfall hit the region, per the National Weather Service

The City of Atlanta is preparing for what may be its first snowfall in nearly 4 years by opening two additional warming centers to community members after winter storm warnings were issued to areas of northeast Georgia.

WXIA-TV reported that the centers will open Saturday night at 11 p.m. through Tuesday at 7 a.m., as temperatures are expected to drop into the 20s with strong gusts of wind at up to 40 miles per hour on Sunday.

Old Adamsville Recreation Center and the Central Park Recreation Center will provide warm refuges for Atlanta residents during the storm, with direct public transportation departing at 11 p.m. from the Gateway Center at 275 Pryor St. SW.

The city has been “buzzing” in preparation of the rare snowfall, WXIA-TV reported, with notable snowfalls from years past likely still fresh in the minds of northeast Georgians.

January 2022 will mark the 8-year anniversary of what is known locally as “Snowmageddon,” when “two inches and change of snow brought the city to its knees” on Jan. 26, 2014, per WXIA-TV. 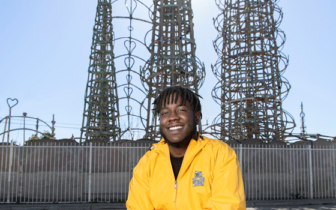 Also Read:
Demar Matthews of OffTop Design wants to bring a ‘Black aesthetic’ to the world of architecture

The National Weather Service revealed on Tuesday that almost 4 calendar years have passed since the last measurable snowfall hit the region.

“It has been 1454 days since the last time our Atlanta site has seen measurable snowfall, good enough for the 2nd longest streak on record,” NWS tweeted. “Our last measurable snow occurred on January 18th, 2018, nearly 4 years ago. Needless to say, we are watching this weekend closely.”

As the nation enters a second winter amid a global pandemic, the Biden administration is allocating $4.5 billion in additional relief funds to assist low-income Americans with heating bills and other essential needs, according to a Jan. 8 Associated Press report.

The funds, which come from the Biden administration’s $1.9 trillion American Rescue Plan, are being distributed proportionally from state to state based upon need, AP reported. Seven large utility companies nationwide are also guaranteeing “no shutoffs for customers seeking assistance,” per the report.